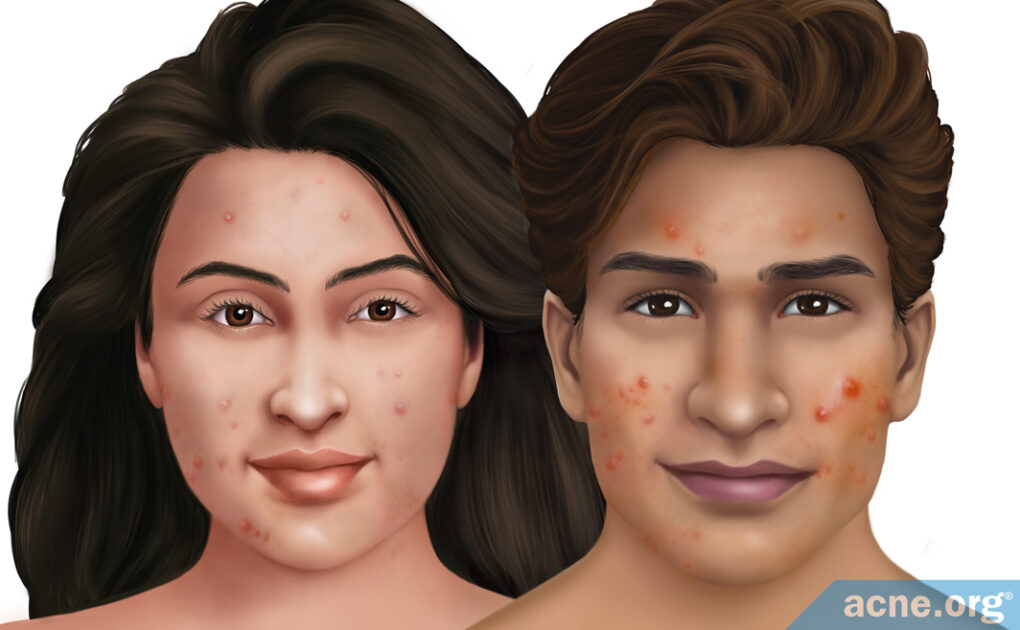 As we see in all ethnicities, acne is common in Indian people.

Treatment for acne is usually the same regardless of skin color, but people with darker skin should ask more questions if they decide to try laser therapy, chemical peels, or photodynamic therapy, which are all treatments that can cause changes in pigmentation.

In India, similarly to other places in the world, acne is the most common skin disease and affects a large percentage of people. The Indian Acne Alliance notes that “acne is believed to be as common in India as it is in European Union (EU) and USA.”1 However, researchers have performed few studies specifically on people of Indian origin. There is some evidence that Asian children and adolescents may suffer from acne somewhat less than those of other ethnicities. And broadly speaking, “Asian” includes India, which is considered a South Asian country. However, in the studies on Asian children, the exact location of the children is not specified.2

When we look specifically at the studies that present evidence on people with Indian skin in particular, we see:

However, the data is just coming in and as future studies look at various ethnicities, these findings could change.

What Is Different about Indian Skin?

Sensitive skin: As outlined in a 2016 article in the Journal of Cutaneous and Aesthetic Surgery, Asian skin in general is considered to be more sensitive and prone to irritation than the skin of other ethnicities.12 However, the authors mentioned that they saw this most strongly in East Asian skin. Whether Indian people, who are considered South Asian, are also more prone to sensitive skin is still up for debate.

One recent study concluded the opposite, namely, that sensitive skin may be less common in India than in other countries. Still, the researchers found that about one-third of the Indian population possesses sensitive skin. The scientists also found that Indian people with sensitive skin were 2-4 times more likely to suffer from acne compared to those without sensitive skin.13

Indian cultural skincare practices: Indian people sometimes use traditional practices such as using vegetable oils, coconut oil, almond oil, olive oil, and rye oil as moisturizers, which are comedogenic (tend to clog pores). These oils as such may aggravate acne or cause new acne lesions to appear.14

How to Treat Acne in Indian Skin

Acne develops in the same way regardless of skin color and is treated in the same way in people of every ethnicity. Acne can be effectively treated with topical medications, particularly with a properly applied benzoyl peroxide regimen. Doctors sometimes prescribe the oral medication Accutane®(isotretinoin) to people with severe, widespread, scarring acne as well. Dermatologists in India founded a group called the Indian Acne Alliance and in 2009 developed guidelines for management of acne.1 They recommend the use of benzoyl peroxide as a safe and effective therapy and “an excellent choice in the treatment of mild and moderate acne.”1 In these guidelines they also established, “Indians are more sensitive and less tolerant of topical retinoids than other ethnic groups.”

Retinoid medications include tretinoin, adapalene, and tazarotene. Adapalene is the least irritating retinoid and causes the fewest side effects in all people, including Indian people, and the guidelines further assured that it is possible to overcome intolerance to retinoids in the vast majority of Indian people.15

As for the treatment of postinflammatory hyperpigmentation, as with any other ethnicity, bleaching agents and/or exfoliating agents are recommended.11

Prevention is key. Get yourself completely cleared up so that you are actively preventing future acne lesions, hyperpigmentation, and scarring. Then, if you so desire, you may employ one of the various methods of treating hyperpigmentation.