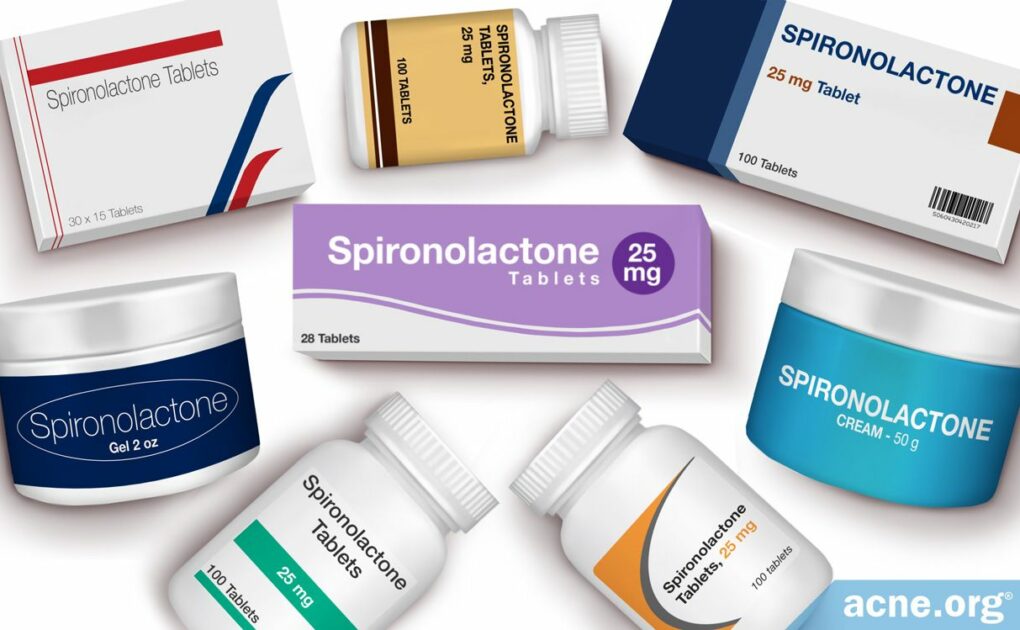 Spironolactone is almost always prescribed to females because it can cause feminizing effects, such as breast growth, when taken by males. Doctors normally prescribe it to female patients along with the birth control pill.

Because spironolactone is an oral medication that affects hormones, side effects are numerous and widespread. The most common side effect is menstrual irregularities such as increased or decreased bleeding or breakthrough bleeding (bleeding between periods). Menstrual side effects can be reduced by taking spironolactone with a combined oral contraceptive (COC).

Important Note for Pregnant or Lactating Women: Because spironolactone may cause birth defects, women who are pregnant or may become pregnant should not take it, and should exercise caution while breastfeeding as well.

Spironolactone is an oral medication that is primarily used in medicine to treat heart failure and high blood pressure. While it has not been approved by the FDA (U.S. Food and Drug Administration) to treat acne, doctors sometimes prescribe it for that purpose as well. This is called off-label prescribing, and it is a common practice with many medications.1

The reason that doctors prescribe spironolactone to treat acne is that it is an anti-androgen.1 High levels of androgens (male hormones that are present in both males and females) contribute to acne. As a 2014 article in Clinics in Dermatology states, “Androgens play an important role in [skin oil] production and excretion. This subsequently contributes to the formation of acne lesions.”2 Because anti-androgens reduce the amount of androgens in the body, they can help clear up acne lesions.

Because spironolactone’s anti-androgen activity can cause undesirable side effects, such as breast enlargement in men, it usually is prescribed only to women when treating acne.

The recommended dosage for acne treatment ranges from 25 – 200mg per day. Once acne is reduced, the recommended maintenance dosage ranges usually from 25 – 50mg per day. Researchers recommend starting with a low dose and increasing the dose only if necessary to control acne symptoms.3

Spironolactone usually is prescribed with a combined oral contraceptive (COC), more commonly known as the birth control pill, though it can be taken alone.

Doctors also sometimes combine spironolactone with oral antibiotics. This is controversial since antibiotics produce only moderate benefit and come with a plethora of side effects. However, according to a 2012 review in The Journal of Clinical and Aesthetic Dermatology:

“Spironolactone has been used safely and effectively in combination with oral antibiotics including tetracyclines, erythromycin, and amoxicillin.”3

Ten studies performed to date indicate that oral spironolactone is at least moderately effective in treating acne. While the studies used different methods and looked at different numbers of patients, the results of each study show at least moderate improvement in acne in the majority of patients.4-13 It should be noted that although two of the studies included male patients, doctors almost always prescribe spironolactone only to women.

Spironolactone is almost always prescribed for acne in its oral form but is also available in topical form.

What Are the Side Effects of Oral Spironolactone?

As with all medications, spironolactone can cause side effects, particularly at higher doses. Most people tolerate low doses of spironolactone well, even for long periods of time. Side effects that can occur at dosages higher than 100mg per day include:

Side effects that do not seem to be related to dose include:

Spironolactone can also come with these other side effects:

Males should not take spironolactone because it can cause side effects related to its anti-androgen effects. These include impotence, enlarged breasts, and loss of libido.

Women who are pregnant or may become pregnant should not take spironolactone because it can cause birth defects, especially feminization of a male fetus. This is one reason that spironolactone often is prescribed with a COC.3