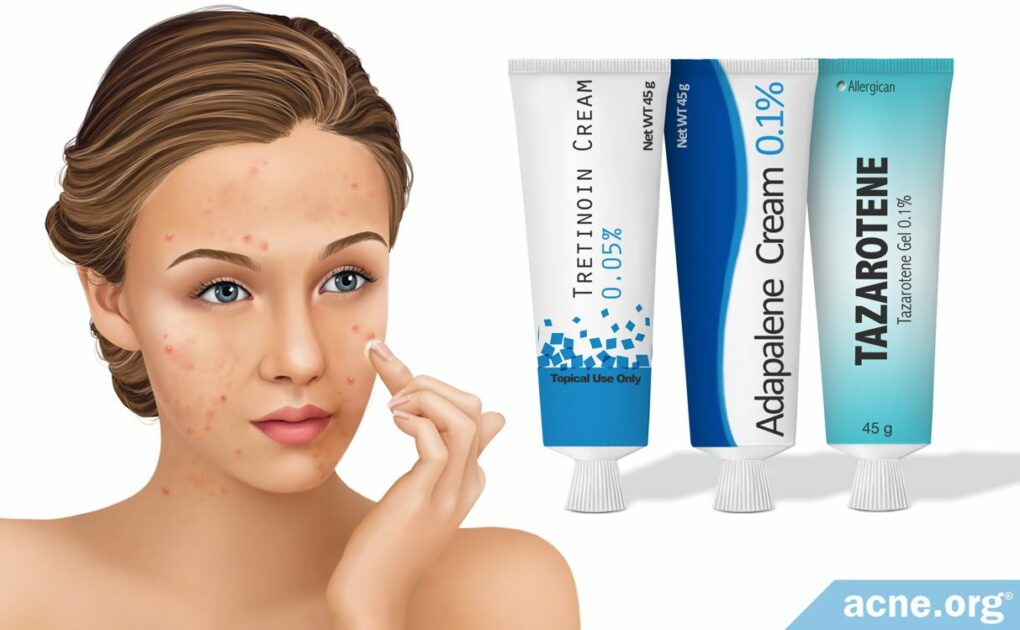 Turns Out That This Is Not the Case for Most People

Have you ever heard that your skin will get worse before it gets better if you start using one of the three topical prescription retinoids (tretinoin, adapalene, tazarotene)? This rumor abounds.

Even dermatologists will often warn patients to expect an initial flare of acne when starting on a retinoid. However, research has shown that retinoid therapy does not cause acne to worsen initially.

So, there is no need to worry about an initial flare. However, where your worry might be more founded is that topical retinoids do not completely clear acne. In studies, they show only 30-70% clearing of acne. So, if your dermatologist prescribes a topical retinoid to you, make sure to ask him/her what other treatments can be combined with it to achieve clear skin.

Retinoids are vitamin A derivatives that doctors often prescribe alone or in combination with other medications to treat acne.1 The three FDA-approved retinoid treatments are tretinoin, adapalene, and tazarotene. Each of the three works by helping to unclog pores and reduce inflammation, and come with slight differences in activity in the skin and tolerability.2-5

No matter which retinoid is prescribed, dermatologists frequently warn patients that using any of the three retinoid therapies may cause initial worsening of acne. But as we will see, the overwhelming preponderance of the evidence shows us that this is not true.

Retinoids and Acne Flares – The Evidence

Scientists have performed a number of studies to investigate the claim that retinoid treatment causes an initial acne flare, which is usually assessed as an increase in inflammatory lesions of 10 – 20% or greater versus baseline (original skin condition) in the first weeks of treatment.7

When taken together, the numerous studies that scientists have performed present a clear picture that retinoid therapies generally do not cause an initial worsening of acne.

Both doctors and lay people are responsible for spreading the prominent myth that retinoid therapy will cause acne to get worse before it gets better. This is simply not borne out by the evidence. You should not expect your acne to flare when you begin retinoid treatment. On the flip side, you should also not expect your acne to immediately and dramatically improve because topical retinoids usually do not clear the skin on their own. Instead, when you start using a topical retinoid, your skin will likely remain the same and then begin to gradually, and only partially, improve.