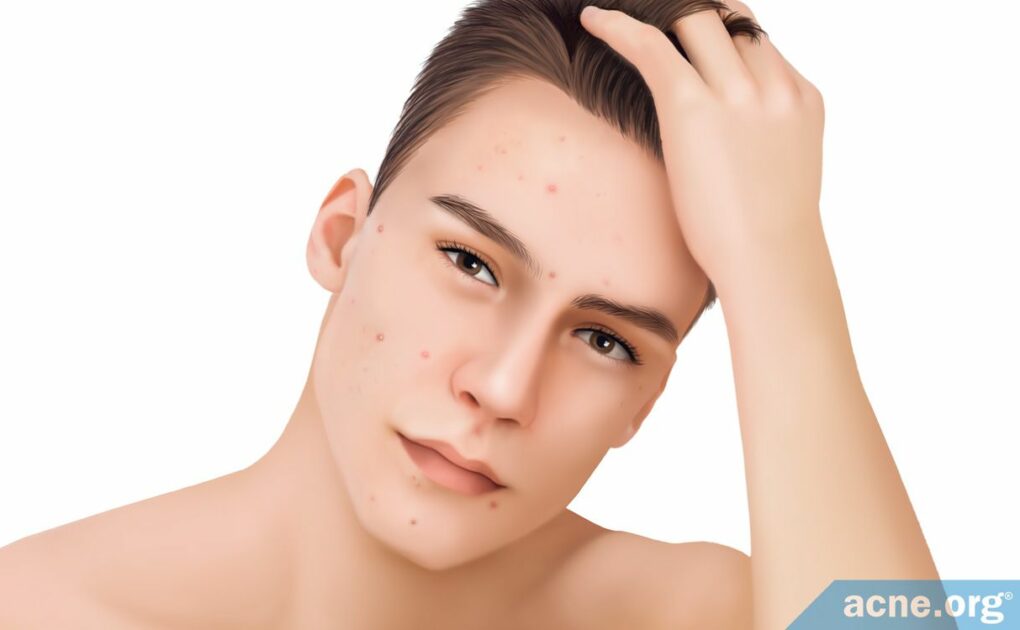 In both teens and adults, acne lowers self-esteem and can lead to self-consciousness and possibly depression.

Even though acne is a “thing everyone goes through,” the emotional effects of acne are real and serious, particularly for people with more severe cases of acne.

While acne negatively affects both males and females, females are more likely to experience self-esteem problems caused by acne.

And on a positive note, properly treating the skin and clearing acne tends to resolve these issues in anyone.

What Is Self-esteem, and Why Does It Matter?

Self-esteem is a person’s subjective opinion of their own worth.

While high self-esteem contributes to a person’s success and quality of life, low self-esteem can make a person feel down and even cause depression. Low self-esteem potentially leads to serious problems, such as a failure to succeed in school or work.

Doctors generally consider acne a minor health problem compared to chronic conditions like asthma, diabetes, or arthritis. However, over the last two decades, researchers have started to recognize that acne can cause serious psychological and emotional effects, as we can see from the following two studies:1-3

A study published in 1999 in the British Journal of Dermatology compared the quality of life among patients with different diseases by giving them questionnaires. The authors of the study wrote: [A]cne patients…reported levels of social, psychological and emotional problems that were as great as those reported by patients with chronic disabling asthma, epilepsy, diabetes, back pain or arthritis.1

Another study, also published in 1999 in the same journal, looked at the psychological and emotional impact of acne on 34 acne patients by giving them questionnaires. The patients’ answers showed that they were emotionally distressed. In fact, 15 of them had clinical anxiety, and 6 suffered from clinical depression. The researchers concluded that doctors need to stop thinking of acne simply as a skin problem, and to start regarding it as a disorder that can damage a person’s emotional state.2

To understand how acne makes people feel about themselves, a group of researchers interviewed 26 acne patients. Quotes from the interviews were published in 2006 in the journal Canadian Family Physician. The patients were between the ages of 13 and 72 years and spoke about the impact of acne on their self-esteem.4

Below are some of the patients’ comments:

You become very focused on the acne. It’s the first thing you see when you look in the mirror, instead of the rest of you. -A 10-year-old girl

I felt it was this real identifying feature of me.…It became part of my persona, and I was a person with acne and that was how others saw me. -A 35-year-old woman

It’s low self-esteem, and your confidence is lacking. You do tend to feel pretty down in your life, and it’s hard to search for things to make you feel good and confident about yourself. -A 32-year-old woman

I guess [acne] made me feel that I was less than acceptable, [that] I wasn’t worthy, that I was cursed. -A 41-year-old man

When I had my acne [badly], I felt quite embarrassed about it, um, at the time, and, ah, it was something that occupied my mind a lot. -A 19-year-old man

It was just embarrassing trying to talk to people and you’ve got pimples and people are looking at you and you are trying to hide [the acne] as well. It makes you feel embarrassed. -A 32-year-old woman

[If] my face was in a bad state, then I was cautious when I was going out … just that you’re aware of [the acne] when you go out and, you know, you don’t want to draw any attention to yourself because of the condition you’re in. -A 15-year-old boy4

However, since this study was based only on interviews with acne patients, it does not provide an idea of how acne patients compare to other people in terms of self-esteem.

To compare self-esteem in people with and without acne, another study was published in the Journal of the American Academy of Dermatology in 2008, and found that acne was, in fact, responsible for the lowered self-esteem.5

It’s not just teens that experience acne’s emotional downsides. Adults can also suffer from low self-esteem due to acne as we can see from this study published in 1989 in the journal Clinical and Experimental Dermatology:

The researchers of this study found that even in adults, acne lowers self-esteem and interferes with common social interactions, such as dating, eating out, and participation in sports.6

In 2018, researchers combed through 13 studies conducted in 11 countries on the impact of acne on self-esteem. They published their conclusions in the International Journal of Women’s Dermatology. The researchers’ findings confirmed that acne lowers self-esteem in patients of all ages. They also concluded that self-esteem suffers more in women with acne than in men with acne, and that people with severe acne are especially impacted.7

The researchers wrote, “Our review demonstrates that [acne] has a substantial negative impact on patients’ self-esteem. More severe [acne] and [acne] in women tend to have the greatest impact across cultures.”7

Even though having acne is apt to damage everyone’s self-esteem, it appears to affect women more strongly.

According to a study published in 2009, women with acne are more self-conscious than men with acne, especially when it comes to acne on the face.8

Another study found that acne, particularly severe acne, lowers women’s sexual self-esteem – in other words, their confidence in and satisfaction with their sexuality.9

To sum up, many studies have demonstrated that acne causes emotional problems and lowers self-esteem. The main findings of each study are summarized below.10

The good news is that clearing up the skin will improve self-esteem.

We know this based on studies that have been performed on people taking isotretinoin (Accutane). Isotretinoin is a powerful yet controversial acne treatment approved for people with severe acne that dramatically clears the skin, but can also come with severe and potentially lifelong side effects. However, even though the available research focuses on isotretinoin, common sense tells us that any successful method that is used to clear up one’s skin will result in improved self-esteem.

An older study, published in 1987 in the Journal of the American Academy of Dermatology, also looked at whether treating acne reduces emotional problems. The researchers once again studied the effect of isotretinoin treatment on 72 patients with cystic acne. They found that treatment continued improving the patients’ anxiety and depression as their acne subsided.12 Again, however, this study did not look directly at self-esteem.

Ironically, one potential side effect of isotretinoin that some researchers have reported is increased depression.

For example, in the 2014 study which looked at quality of life before and after isotretinoin therapy, the researchers noted that it actually caused increased depression in some men and women. Since they still found that the overall quality of life and self-esteem of the acne patients improved during treatment, they concluded that the benefits outweigh this side effect.11

Other studies have not observed depression as a side effect at all, finding only that isotretinoin reduced depression in acne patients.12

There are few surprises here. As one would expect, in both teens and adults, acne lowers self-esteem. Although females are more likely to suffer low self-esteem due to acne, clearing the skin leads to improved self-esteem in general.