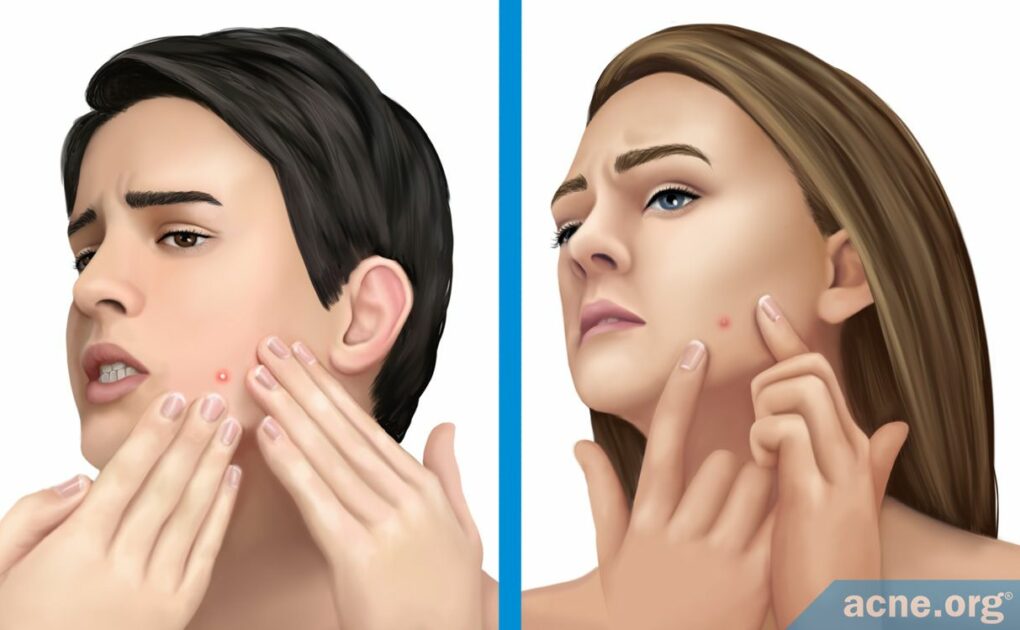 Do people with a higher sex drive have more acne? Higher baseline levels of testosterone in the body usually result in two things in both males and females:

What Does the Research Say?

There are no published studies attempting to link masturbation or sex with acne. Until researchers produce those studies, we’ll need to take a step back. We do know that hormones and acne are linked, particularly when it comes to increased levels of androgens (male hormones) such as testosterone. So let’s look at how arousal and the sex act affect hormone levels. First, it’s worth mentioning that we know far more on this topic when it comes to animals such as rats and monkeys than we do about humans.1-4 Science is spotty in the area of human hormonal production and sex. According to a study in the journal Psychosomatic Medicine, “…small differences in methodology and data interpretation may easily produce contrasting results.”5 A survey of the evidence bears this out.

What the Evidence Shows

Several studies show very small increases in testosterone after orgasm in both men and women, while others show statistically insignificant differences.5-8 Studies specific to arousal show from very small increases in hormone levels to insignificant changes.5-6,8 However, even when changes are apparent, levels return back to baseline within minutes. As you can see, we have little if any compelling evidence. To complicate matters even more, a study in the Journal of Zhejiang University SCIENCE in 2003 showed a marked increase in testosterone on the 7th day of abstinence, which the authors posit is possibly due to sperm formation and maturation.9

So even if hormones spike after orgasm, it appears that the spike is temporary, and would not be enough to result in more acne.

Do people with a higher sex drive have more acne?

If we open our minds to this issue, perhaps people across the centuries have simply noticed that people with higher sex drive tend to have more acne. When we look at this issue from that lens, we can see that both males and females who have higher levels of testosterone have both: