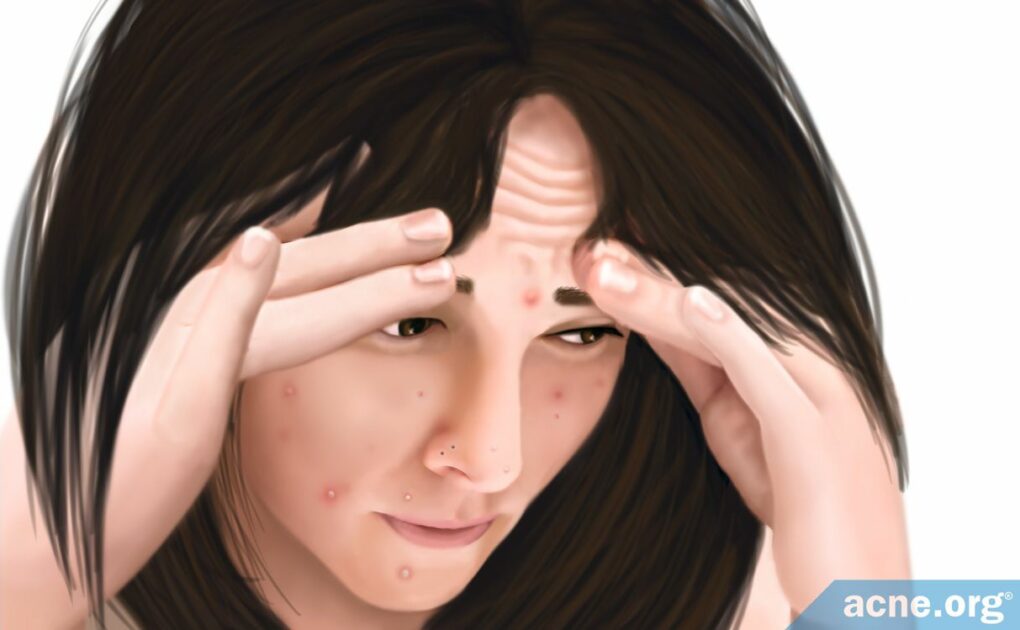 Most Likely Yes, Since the Skin Appears to Be Sensitive to Stress

Chronic stress results in the release of a cascade of chemicals in the body that may contribute to acne. Based on what we know about how these chemicals may lead to increased skin oil production and inflammation, it is likely that stress worsens acne.

Stress affects the entire body, but the skin is particularly sensitive to stress. If you feel stressed for a long period of time, it is wise to consider some lifestyle changes for the sake of your acne as well as your overall well-being. Exercising is the healthiest and most effective method of dealing with stress. Outdoor activities, meditation, and deep-breathing also are good techniques for reducing stress.

Research has proposed that psychological stress may be a factor in acne. There is little direct scientific evidence indicating what effect stress has on acne. However, based on what we know about how stress affects the skin, it is reasonable to suspect that stress may contribute to increased skin oil production and more inflammation in the skin, both of which are known to lead to more acne. Stress may also slow wound healing, and since acne lesions are wounds, ongoing stress has the potential to reduce the body’s capacity to heal acne as it should.

The Body’s Response to Stress

The body’s stress response is a normal and healthy phenomenon that evolved to help us survive. When stress occurs, the body responds by releasing chemicals called neurotransmitters as well as hormones that prepare the body to fight the perceived stress.

The body also releases hormones, such as adrenaline, the classic “fight or flight” hormone, in times of stress.

Psychological stress can be:

Chronic stress: With chronic stress, the stress does not go away. An ongoing difficult job or school situation, or ongoing relationship issues are all examples of chronic stress. In these situations, the stressor remains for a long period of time and so does the body’s response to the stressor. The body continues to release stress-fighting chemicals, and the resulting continuous stimulation eventually overwhelms the body’s immune system and causes it to stop responding correctly, which can cause problems, such as an increase in skin oil production and inflammation. Acne is an inflammatory disease that is associated with increased skin oil levels, so anything which causes inflammation and/or increased skin oil production can theoretically aggravate acne.

It is still unclear exactly how stress affects acne, but based on what we know about the impact of stress on the skin’s immune system, we can infer that chronic stress may cause an adverse effect on acne.1 One study found that females in their 20s who experience more stress tend to suffer with worse acne when compared with females who are less stressed.2 Another study published in 2006 found that using relaxation techniques to reduce stress may also help reduce acne.3

Exactly which chemicals the body releases in response to stress may end up increasing sebum (skin oil) production, and thus worsening acne, remains a subject of study. For example, some neurotransmitters, such as substance P, may increase sebum production. Hormones released in response to stress, such as androgens (male hormones that are present in both males and females), corticotropin-releasing hormone, and α-melanocyte-stimulating hormone may also increase sebum production, and in turn aggravate acne.5

Some researchers propose that sebum might provide the link between stress and acne since most studies so far have shown that neurotransmitters released in response to stress affect sebaceous glands. Sebaceous glands have receptors for neurotransmitters, and activation of these receptors leads to increased sebum production as well as inflammation. In other words, as suggested in one 2004 study, stress may trigger neurotransmitter release, which in turn may lead to more sebum and more acne.9

In contrast, another study found no relationship between stress and sebum levels, despite agreeing that stress seems to be correlated with more severe acne.10

In other words, while researchers agree that stress tends to go along with more acne, we do not know whether this is because stress increases sebum levels and therefore causes acne to worsen.

Does Stress Cause Acne or Does Acne Cause Stress?

While we do not know for sure whether stress causes acne or not, we do know that the reverse can be true: acne can cause psychological stress.

According to a 2011 article in Gut Pathogens, “[a]cne vulgaris is a common dermatological disorder frequently associated with depression, anxiety and other psychological [issues]. The mental health impairment scores among acne patients are higher vs. a number of other chronic, non-psychiatric medical conditions, including epilepsy and diabetes.”4

From what we can tell, stress most likely does make acne worse. But, worrying about stress is of course counterproductive and will just cause more stress. The best bet is to exercise, get outside, and try meditation or deep breathing to handle your stress a bit better.