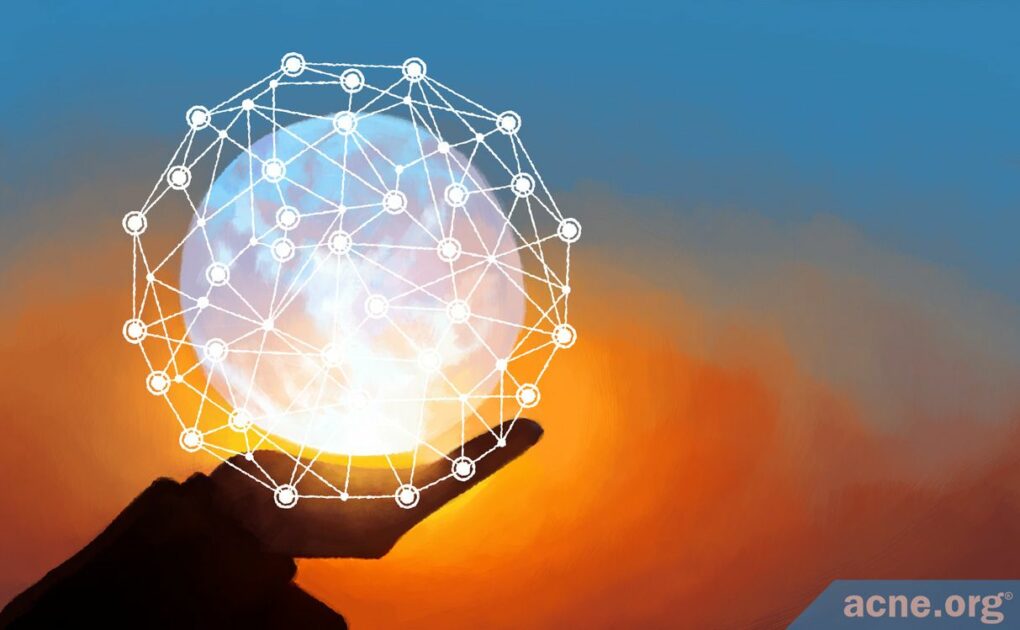 Acne May Be a Side Effect of Losing Our Body Hair as We Evolved, an Adaptation That Makes Childbirth Easier, or Even a Way That Nature Prevents Teens from Having Kids Too Early

Here are the three most common working theories:

Acne is officially defined as a disease. It certainly feels that way to people who suffer from acne. However, the fact that acne is so incredibly common throughout the world begs the question of whether there could be some reason why evolution kept acne around. Does acne serve some evolutionary purpose, is it just a glitch of our biology, or is there another explanation?

Scientists have come up with three theories to explain why we might have evolved to develop acne:

To better understand these three theories, we need to take a step back and look at exactly how evolution works. I find this stuff fascinating, so feel free to go on this exploration with me, but if you’re good to go at this point, the takeaway is that we have these three possible explanations, but they are just theories. They are not fact. Acne could be the result of one of these theories, a combination of these theories, or it might not be evolutionary at all. Evidence shows us that hunter-gatherers don’t tend to have acne, so it might be something about how we live in modern society that’s causing acne.

Charles Darwin proposed the Theory of Evolution by Natural Selection in the mid-19th century. First, let’s unpack the name of his theory:

Now let’s look at an example of how evolution works.

Imagine a species of snakes whose skin can either be green or orange, in the same way that human skin can vary in color. Suppose that this variation is genetic, so that a green snake will have green offspring, and an orange snake will have orange offspring.

Let’s pretend this population of snakes starts out with equal numbers of snakes of each color.

This is natural selection at work. The environment has “selected for” green skin.

Even though this is a made-up example, it is realistic because many species evolve to blend into their surroundings in just this way.

If you want to take a look at a real-life example of evolution, expand the section below.

For example, in some frog species, female frogs choose the males with the deepest croaks during the breeding season. As a result, these males then have the best chances of mating with females and fathering offspring, who will inherit deep croaks. In other words, female frogs select for deep croaks, which means that over generations, more and more frogs in the population will have deep croaks. This is sexual selection at work.2

Now we have all the tools we need to understand the three current theories on why humans evolved to have acne:

Let’s look at each theory in more detail to see if it holds water.

1. The “Side Effect” Theory: Acne Is a Byproduct of Natural Selection

Dr. Stephen Kellett and Prof. Paul Gilbert proposed this theory in a 2001 article in the British Journal of Health Psychology.3 Here are the main points of the theory:

Although this kind of theory is impossible to prove, the scientists put forward some evidence that supports their idea. They noted that the only animals who can develop acne are hairless, including:

Now let’s look at the second theory, which suggests that acne actually benefits the human species.

2. The “Slippery Baby” Theory: Acne Is a Consequence of Natural Selection

Dr. Jack Shannon proposed this theory in a 2020 article in the journal Medical Hypotheses.5 Here are the main points of the theory:

Like the first theory, the “slippery baby” theory is impossible to prove, but Dr. Shannon points out an interesting pattern:

Finally, let’s examine the third theory, which suggests that acne might help the human species in a different way.

3. The “Nature’s Contraceptive” Theory: Sexual Selection Explains Why Acne Is Here to Stay

Dr. Dale F. Bloom proposed this theory in a 2004 article in the journal Medical Hypotheses.6 Here are the main points of the theory:

According to this theory, people who have acne as teens are actually more likely to succeed in an evolutionary sense, meaning their genes get to live on in future generations.

In other words, the scientist who put forward this theory believes that acne is not so much a disease as a beneficial evolutionary trait. She wrote, “[I propose] that common acne, far from being a disease…is, instead, an evolutionary adaption [sic] that stems from normal physiological processes…that the condition has evolved as a mechanism to ward off potential mates until the afflicted individual is some years past the age of reproductive maturity. At that point, equipped with a mature brain and a set of learned skills, he or she would be more emotionally, intellectually, and physically fit to be a parent.”6

Again, there is no way to prove this theory is correct, but here are some observations that support it:

It is important to note that there could be other explanations for why some hunter-gatherer societies like the Kitavan are less prone to acne. For example, it may have something to do with their diet and lifestyle.

Indeed, with all three of these theories about why humans may have evolved to have acne, we can only notice that certain phenomena seem to go together–such as loss of body hair and acne–but we cannot prove that one caused the other.