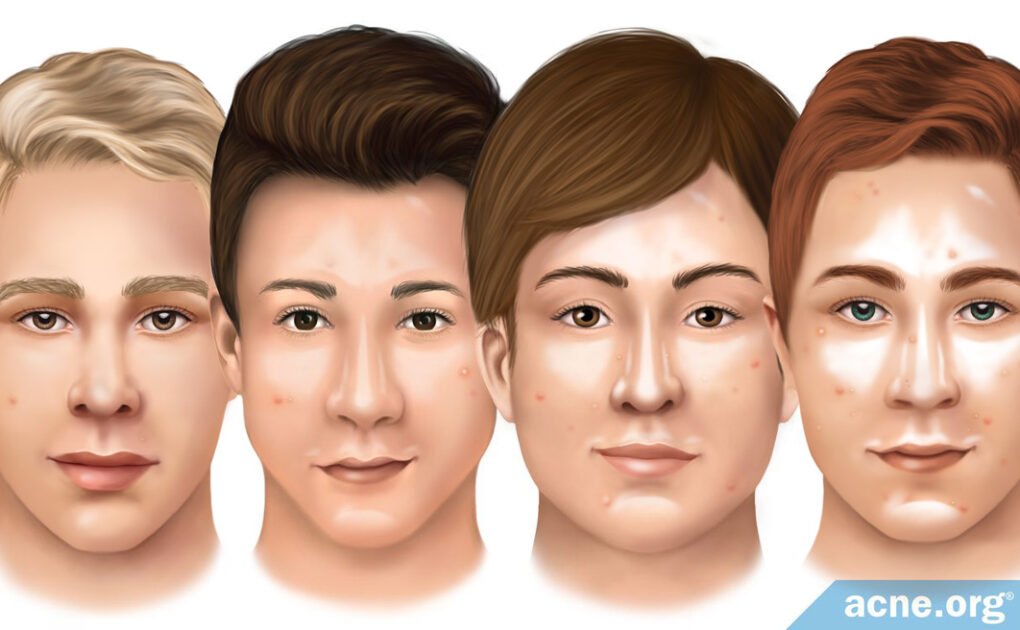 Yes. People with Acne Usually Have Oilier Skin than People Without Acne.

Skin oil is required for acne to form in the first place, and several studies have shown that patients with acne consistently produce a greater amount of skin oil than patients without acne. So the answer is yes, oilier skin is more likely to develop acne.

However, factors other than skin oil production, such as inflammation, bacteria, and increased skin cell growth also play a role in acne development.

Note: If oily skin leads to more acne, it might seem to make sense that drying out the skin will clear acne. But this is not the case. Skin that is balanced–neither dry nor oily–is easiest to keep clear. This is why when treating the skin for acne, if you are using a drying medication like benzoyl peroxide, moisturizing the skin after applying medication is essential.

Human skin, all over the body but particularly on the face, is covered by an oil called sebum.

Sebum is produced by glands attached to each skin pore. After the glands produce sebum, it slowly makes its way up the pore and is released onto the surface of the skin.1

Conventional wisdom suggests that oily skin is the skin type most prone to acne, and as we will see, scientific evidence backs this up. The oilier the skin, the higher the chance of developing acne.

The Function of Sebum

Sebum is not necessarily a bad thing. It helps prevent water loss from the skin, defends the skin from microorganisms, and can aid in preventing some types of skin inflammation.

However, too much sebum can lead to more acne, especially if the sebum has a skewed chemical composition which causes it to irritate the pore. Exactly how the composition of sebum contributes to acne is unknown, but as we’ll see, we do know that the more total sebum someone has, the more that person is usually susceptible to acne.

There are four major skin types:

What Is the Evidence That Oily Skin Is More Prone to Acne than Normal Skin?

A number of studies have all strongly supported the connection between increased skin oil production and acne development.4-7 In other words, more skin oil really does mean more acne. However, the exact way in which sebum production causes acne is still unknown.

The Chemical Composition of Sebum Is Also Important

Every study above found that increased skin oil production is associated with acne. However, more recent research is discovering that it’s not just about the amount of sebum, but its chemical composition as well.

In other words, it turns out that the specific fats making up sebum differ among different people, and certain types of fats are more likely to go hand-in-hand with acne.

In addition, people with acne of different severity also have different types of fats in their sebum. Scientists are now studying exactly how sebum composition affects acne as part of a newly emerged discipline called lipidomics.8

Sebum Is Not the Only Factor Involved in Acne Development

Sebum, inflammation, bacterial colonization on the skin, and increased skin cell growth all contribute to acne development.9 And all of these factors can influence each other. For example, increased sebum production can stimulate the growth of acne bacteria, and acne bacteria can help to trigger inflammation.

The exact sequence of these events is still unknown, and we do not yet understand the exact way in which each of these factors influences acne development. But one thing research agrees on is that oilier skin is more prone to acne.