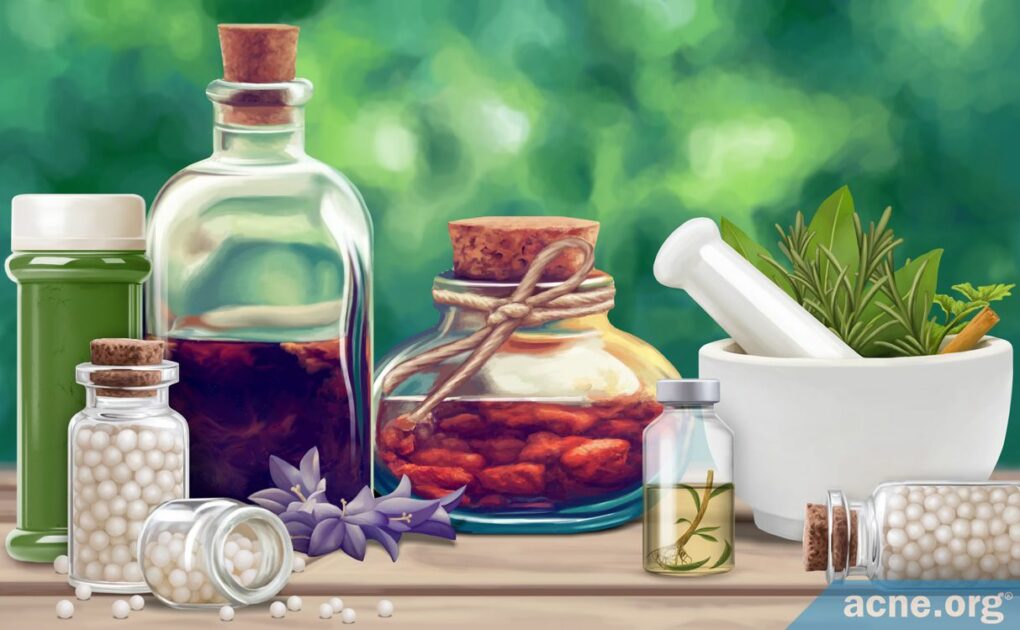 Homeopathy Is an Unproven Form of Alternative “Medicine” with No Scientific Backing. Buyer Beware!

Homeopathic remedies normally contain little to no active ingredient, and are based on ideas that “like cures like” and “the lower the dose of medication, the better it works.”

These ideas defy common sense, and not surprisingly, evidence has mounted showing that homeopathic remedies work no better than placebo and should not replace conventional treatments.

In other words, don’t get swindled!

Homeopathy is an alternative system of medical treatments that was invented by the German physician Samuel Christian Hahnemann in the late 1700s. It is based on two unconventional theories.

Homeopathic remedies are typically made from substances that come from animals, plants, or minerals. They are usually very dilute and contain little to none of the active ingredient.1

Homeopathy is controversial among researchers and doctors, but its supporters firmly believe that it works. In addition, many people worldwide employ homeopathic remedies. In the United States, a 2012 National Health Interview Survey estimated that approximately six million Americans had used homeopathic remedies in the previous year. In India, the Ministry of Health runs a department of homeopathy. And in France, 43.5% of healthcare providers prescribe homeopathic remedies, often alongside conventional treatments. However, some of homeopathy’s principles are inconsistent with basic rules of chemistry, physics, and biology. For example, it is impossible to explain in scientific terms how a remedy that contains little or no active ingredient can be effective. In addition, homeopathic remedies are difficult to study scientifically, for the following reasons.

Because homeopathic treatments contain such extremely dilute amounts of active ingredient, it is often not possible to determine whether it contains what is listed on the label at all. Next, since homeopathic remedies are individualized, there is no standard dose for any given remedy or any given set of symptoms. Because of these variations, it is difficult to evaluate a homeopathic remedy’s effectiveness objectively and scientifically.1,2

As we can see from the following research, homeopathy does not provide benefits beyond placebo effects and should not replace conventional treatments.

Based on the lack of scientific evidence for homeopathy, the U.S. Federal Trade Commission issued a regulation in 2016 requiring that homeopathic product labels in the United States be marked clearly with the following two pieces of information, though the wording may differ from product to product.

A 2007 systematic review found that highly dilute remedies taken under the supervision of a trained professional are generally safe and are unlikely to cause side effects. Although this is the case for many homeopathic remedies, many can cause problems if they are improperly manufactured or are contaminated. On the other hand, some are not dilute and may contain significant amounts of active ingredients.

A 2012 systematic review found that some homeopathic remedies that are not highly diluted, such as those containing heavy metals like mercury or iron, can cause serious side effects. The same review also found that replacing effective conventional medical treatments with homeopathy can also cause serious problems.

Finally, while many homeopathic remedies are probably safe, the United States Food and Drug Administration (FDA) does not evaluate the quality and quantities of both the active and inactive ingredients. Consequently, the safety and effectiveness of these kinds of remedies may differ among products.1

What about Homeopathic Treatments for Acne?

There are many homeopathic remedies for acne. Some names you might see include:

* This refers to homeopathic sulfur, which consists of little to no sulfur molecules. Regular sulfur works well for acne.

Outside of sulfur, of all of these homeopathic “acne remedies,” only Arctium lappa has been studied scientifically. A 2014 study in the journal Homeopathy found positive effects of Arctium lappa in acne treatment, especially for inflammatory acne. However, even the authors concluded that the results were not convincing because the study was small, observational–meaning that the researchers did not control any of the variables–and did not include a placebo group. The authors emphasized that rigorous placebo-controlled research is necessary to draw any conclusions about whether Arctium lappa is effective for acne.9

It doesn’t make sense that homeopathic remedies would work. After all, there is usually little to no active ingredient to perform any function. An acne sufferer’s time and money is better spent looking for treatments that work.