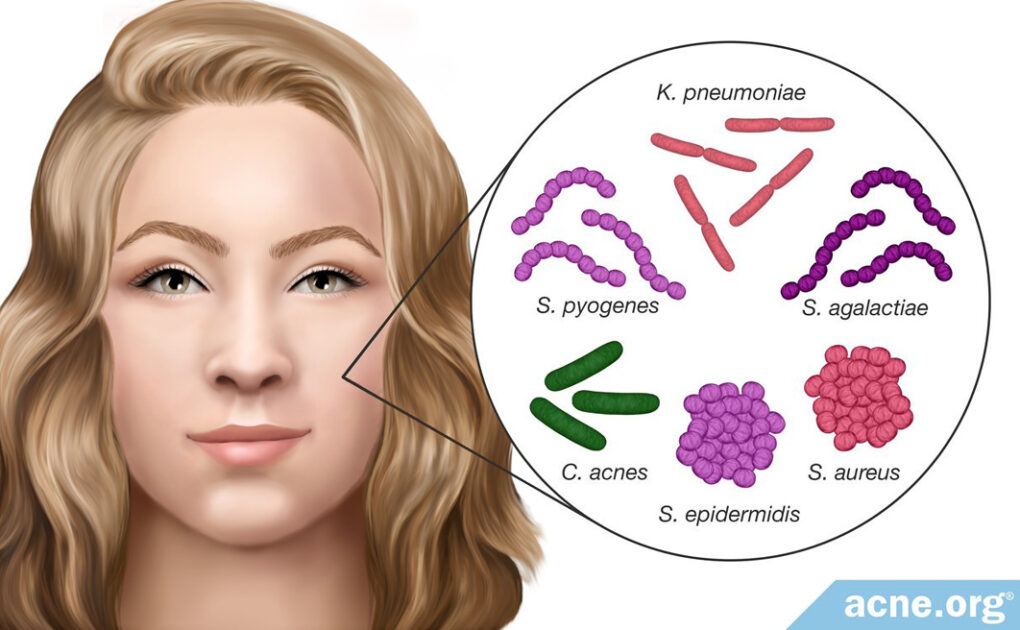 Certain Bacterial Strains Are Present in Different Amounts Between Acne and Non-acne Patients, and These Strains Display Varying Effects on the Immune System, Which Could Affect Acne Development Differently

Acne is in part a bacterial disease. When it comes to acne, a specific type called C. acnes is the culprit. Scientists found that C. acnes may:

This article is one of the deep science type articles here on Acne.org. Read on if you’re Team Nerd: There are multiple C. acnes strains which are present in different amounts in the skin of acne-prone people. For example, C. acnes type IA1 is present in higher amounts in acne-prone skin than in healthy skin. Further, preliminary research suggests that this strain demonstrates a slightly altered effect on the immune system when compared with other types, and consequently likely contributes to acne development differently.

Research in this area is still in its beginning stages, and scientists will need to perform further research to better characterize the differences among the types of C. acnes as well as other bacterial species, such as Staphylococcus and Klebsiella, to determine how each affects acne development.

Normally, I’ll try to make articles as understandable as possible. I’ll do that with this one as well, but this is deep science type stuff, so let’s throw caution to the wind and just delve right into all the gory details. Put your thinking cap on and let’s do this!

Many factors lead to the formation of acne lesions, including:

For the purpose of this article, we’ll focus in on bacteria. It turns out that acne-prone and healthy individuals carry different bacteria and bacterial strains in their skin, only some of which may contribute to the formation of acne. The hope is that if we can discern the exact type of bacteria that is leading to acne symptoms, we can then target it better with treatments.

Cutibacterium acnes (C. acnes) is a single-cell bacterium that is present in both healthy skin and acne-prone skin. It survives using sebum as a source of nutrients, and therefore thrives in clogged pores, where sebum is abundant.

Although scientists previously thought C. acnes was the main cause of acne, recent research found that it is not present in all acne lesions, and therefore is likely to play only a secondary role in acne formation.1 In other words, C. acnes doesn’t cause acne, but it can make acne worse.

Scientists have performed four independent studies to identify if the different strains present in the skin influence acne development differently. All four studies found that type IA1 is more abundant in acne-prone skin than in healthy skin.6-9

With the knowledge that type IA1 is more abundant in acne-prone skin than in healthy skin, scientists have performed four studies to classify if this particular strain of C. acnes contributes to acne development in a unique way.

Results of these studies show that type IA1may be better able to survive inside clogged pores, which explains why we see them more often in acne-prone skin. Also, type IA1may provoke the immune system in different ways than the other strains, but researchers need to perform more research to understand exactly how this affect acne development.

Other Bacterial Species in Acne Development

Although scientists have focused their acne development research on C. acnes, there is a variety of bacterial species present in the skin that also may affect acne formation.

The research into the specifics of various bacteria strains is an exciting area of exploration. However, it is just getting underway. Scientists have performed scarce research examining the various roles these bacteria play in acne development, and therefore researchers must perform more studies to confirm these associations.