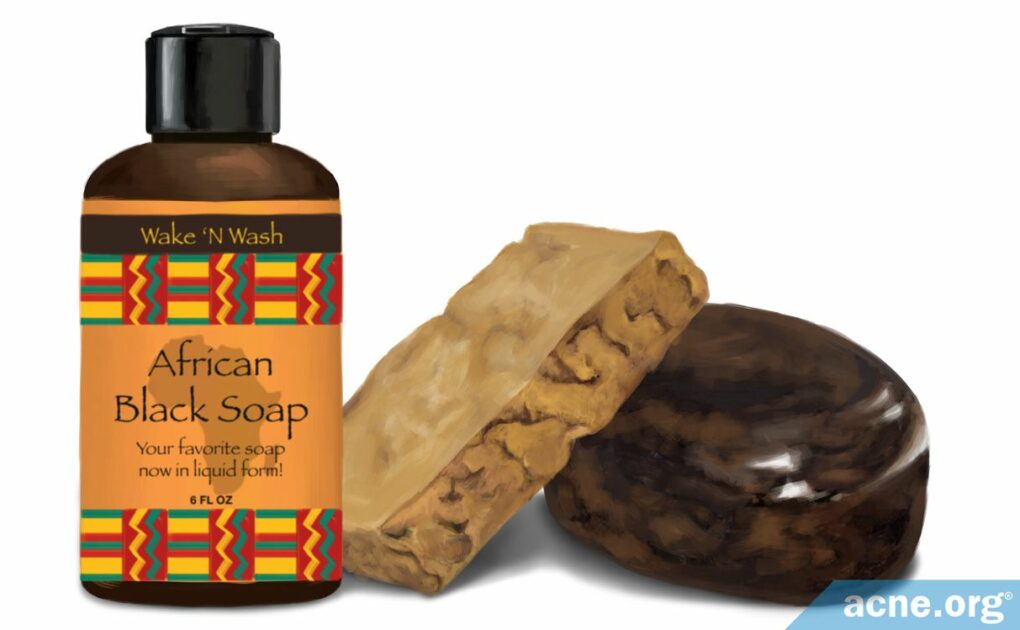 There Is No Evidence That It Could. In Fact, African Black Soap Is Very Similar to Regular Soap and Should Be Avoided.

African black soap, or simply “black soap,” is an umbrella term for a variety of bar, liquid, and gel soaps traditionally produced in West Africa and Morocco that appear either black or brown/tan in color. Today, many brands of black soap are sold in specialty stores and online. In the United States, West African soaps are most popular and most widely distributed.

Although African black soap has a centuries-old reputation in some African cultures as a folk remedy for various skin conditions, there is no evidence showing that it helps with acne. In fact, soap in general is a bad idea when it comes to acne-prone skin because soap can damage the skin’s barrier and lead to more acne.

Since people with acne already tend to have an impaired skin barrier, any soap, including African black soap, should be avoided.

African black soap is a popular type of soap originating from West Africa and Morocco. In Nigeria and Ghana, black soap has long been used as a folk remedy for numerous medical and cosmetic purposes, ranging from improving acne to preventing measles to evening out skin tone.1,2 Although people use it for various purposes, there is no scientific evidence that black soap has any special properties beyond regular soap.

It is available in bar, liquid, and gel form. The color ranges from light brownish to black.

Although both West African and Moroccan soaps are called black soaps, it is usually the West African variety that is available in the U.S.

Soap is great at washing away oil. That’s why it’s so effective at things like washing dishes. Mixed with water, soap chemically reacts with oil and turns it into a lather. The water then washes the lather away, removing the oil, and any dirt and grime. This is welcome when it comes to washing dishes or, for instance, when a car mechanic needs to wash his grease-soaked hands. But when it comes to acne-prone skin, the problem is that soap actually works too well. Soap can strip the natural lipids (fats) that hold surface skin cells together, weakening the skin’s barrier. People with acne tend to have an impaired skin barrier as it is, and anything that may further disturb the skin barrier should be avoided.

In addition, African black soap, just like other soaps, is alkaline–the opposite of acidic. Human skin, on the other hand, is slightly acidic. People with acne should use cleansers that are close to the natural acidity level of the skin to avoid irritating the skin. That means avoiding all soaps.

The Main Ingredients in All Soaps, Including Black Soap

Soaps may also contain other ingredients, which vary from soap to soap.

Now let’s look at black soap in particular. Ingredients in black soap vary by country in which it was produced, but, like any other soap, it invariably contains a fat or an oil and an alkali. In West African soaps, the commonly used ingredients include:

For instance, producers of traditional Nigerian dudu osun use:

Whereas producers of Moroccan saboun beldi use primarily:

Aside from washing the skin too strongly and damaging the skin’s barrier, some of the common ingredients in black soaps, such as coconut oil, palm oil, and cocoa butter, are highly comedogenic, meaning they tend to clog skin pores and cause acne.

However, this evidence is weak. First, the study was a survey, which is a relatively unreliable way to study something. Next, 74% of the respondents were introduced to black soap by a friend or family member. This means that 74% of the survey respondents were initially biased towards the product and more prone to believe in its health benefits because somebody they respect recommended them to use it.

In any case, this one study cannot be considered proof of black soap helping acne.