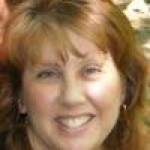 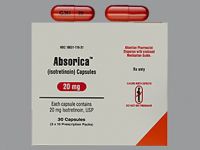 I'm writing this review as a mom of a teenager who tried this acne treatment for a mere 8 weeks and experienced some severe side effects.  The first month was fine other than the drying out of skin and lips that was predicted.  She utilized Aquaphor on her lips several times daily and increased her water intake and it seemed to help.  She did notice a significant difference in her skin in just those first four weeks - her face, back and chest were beginning to clear.  The most noticeable difference was on her face.  Then, at the end of the first month, she experienced severe side pain and heart palpitations.  Several times a day for a few days, she felt like she couldn't get a full breath and her heart would feel like it was racing/fluttering.  She was also under a lot of stress at the time, so she was ignoring it at first thinking it may be because of the stress.  When she finally told us, we contacted the dermatologist and they ordered a blood test to check liver enzymes.  They also told us they wouldn't see her again without having her heart checked (we were going to do this anyway!).  Her physician ran tests on her heart and came up with no other reason for the heart palpitations other than a side effect from the Absorica Isotretinoin.  He recommended that if it happened again, she should stop the medicine.  She went back on the medicine for about two and half weeks and then she said one day, the hearing in her one ear dropped off significantly.  She thought maybe it was a pressure issue, so she waited to tell us until a week after that.  We had her hearing tested and, yes, she had lost hearing ability in that ear.  Again, the physician said he suspected it was another side effect from the Absorica Isotretinoin and recommended she stop taking the medicine altogether (she had already stopped).  When we told the dermatologist about these side effects - the heart palpitations and the hearing loss...they said no one else had ever experienced these in their practice...and yet, these are both side effects listed as possible ones from taking Absorica Isotretinoin.

I just want to warn others out there that this medicine could cause severe side effects for your child or for you if you take it.  Please do the research!  We had done the research, but were told that side effects like the ones my daughter experienced were "rare" and hardly "ever seen".  I know they can't cover everything, but these side effects definitely aren't worth clear skin.  I hope this review helps someone else make an educated decision about this medicine.