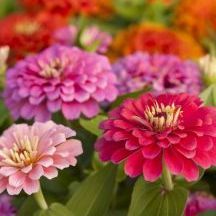 31 year old female dating for the first time... In desperate need of advice and support

By Vanessa2002, September 22, 2019 in Emotional and psychological effects of acne