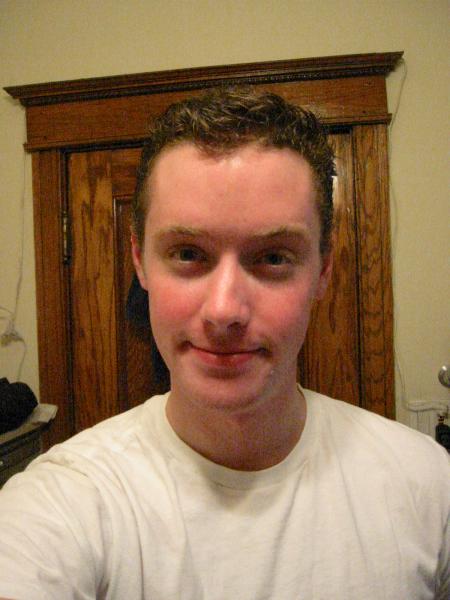 First, I apologize for not posting week 10, it was a little crazy with the holidays and all. Anyways, I wish I had because now probably no one will believe me when I say I had pretty bad breakouts the day after my week 9 pictures. I hope it was merely a reaction to the increased dosage the week before. I had some extremely large whiteheads on my chin and two huge zits on my left cheek. I went to the derm and had cortisone shots because I (and he) thought it was necessary to prevent scarring. I know I shouldn't complain about a couple whiteheads/zits, but being almost 3 months into this drug, I thought the breakouts were done! Now, almost two weeks later however, they are just about goneÃ¢â‚¬Â¦ now just red marks on the cheek.

However, as you can see, the rest of my skin is looking much better! The cysts in my neck are still breaking down and becoming less noticeable. I can still feel them under the skin but I think they are smaller. Hopefully the red marks will continue to fade. I have been using Eucerin redness relief as recommended by my derm and I have to say, I think it is helping with the red marks so give it a try.

In the last picture attached under this week, I used the flash on the camera to try and show some of my redmarks. I noticed the other day that none of these pictures (under fake light) really show them very well, and just when I get excited after looking at them, I go out in the daylight and see myself in a mirror! Red marks everywhere!! However, I am happy to say they are fading...

All and all, I am definately happy with the result thus far, hope it keeps up! Good luck to everyone!!

Photo Information for 11 Weeks into Accutane