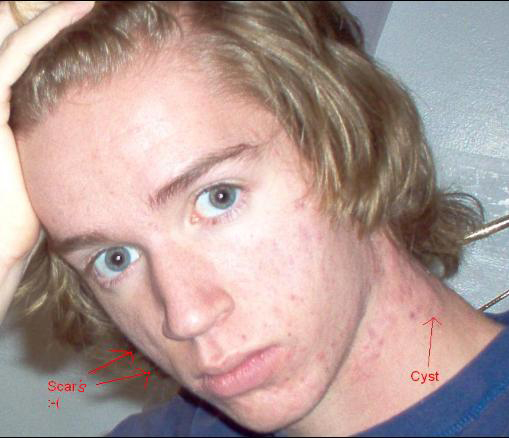 Still abit of acne left see, and even though u can only make out one cyst in this picture there more round the back.... the stuff on my chin cheek is just a little bit of redness now, my neck has abit of acne but is mainly painful cysts... narsty scars on the left more visable at this angle eww