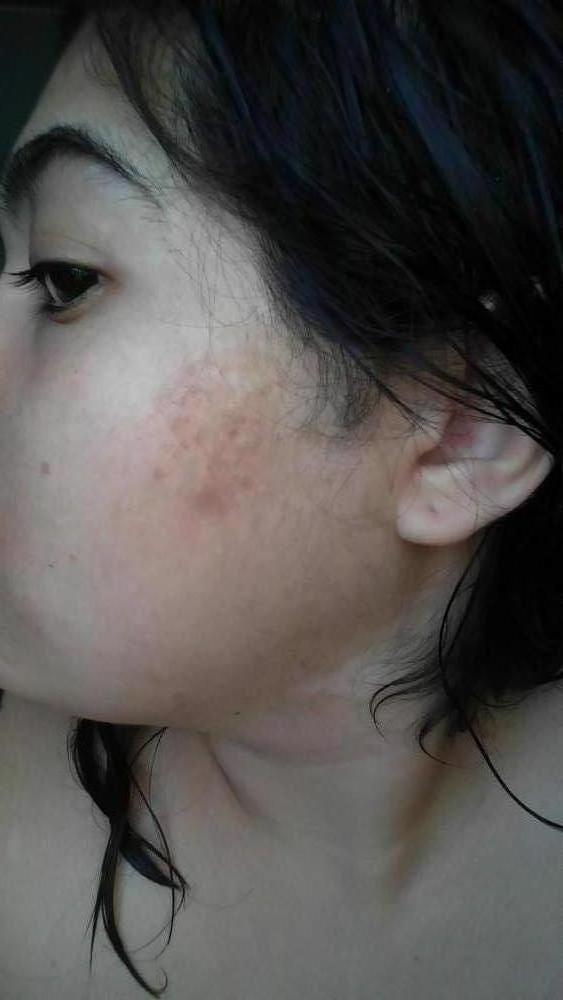 Hi guys. This all started when I waxed my face and the next day I saw red bumps on both sides of my face. I looked up some creams for it and stumbled upon one for ingrown hairs and red bumps that included tea tree oil on it. I bought it and began using it and it started clearing up-the bumps were much smaller. At the same time I was using that, I was using a toner that had azelaic acid on it and putting on the tea tree oil after. I would only put the toner on both sides of my face but only on one side where the bumps were (contrast and comparison) but the tea tree oil on both. At one point, I noticed that one side of my face started burning and would get irritated. A few days later, I have this (see picture).

I don't know if this could be called a burn and if it was due to the acid in the toner or the tea tree oil. Funnily enough, the possible burn is on the side where I would not put the toner on the bumps.

Can someone tell me is this a possible burn? And, what can I put to minimize the scarring? Should I go see a doctor or stop putting the tea tree oil? Yesterday, when I touched it, it seemed like it was going to scab but today it does not feel like that.

I would appreciate anyone's help. Thank you.

I don't think you can see the full extent of the burn in the picture.

Taken with LG Electronics VS985 4G