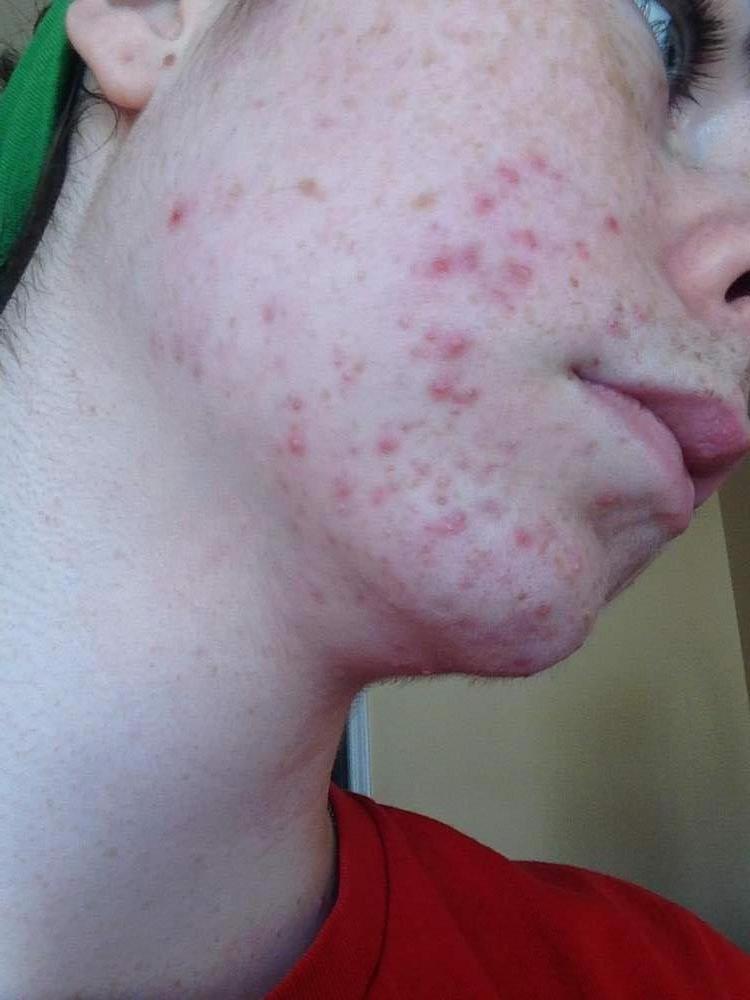 (I was using Proactiv until it ran out and then I switched to the Regimen because Proactiv was too harsh on my skin.) I decided to try Proactiv in February, as it had worked for me in my younger years. After starting Proactiv, my skin was very blotchy and irritated. I noticed that my skin began to flake, and where I had put the Benzol-Peroxide, my skin was "hardening" and becoming darker. This was very aggravating as I have fair skin, and my neck had an obvious line of darker skin, to fair skin on it.

I noticed areas that were inflamed were no longer, however, I was still getting new breakouts (cystic and whiteheads) all over my face. And I still had a lot of hyper pigmentation and redness.