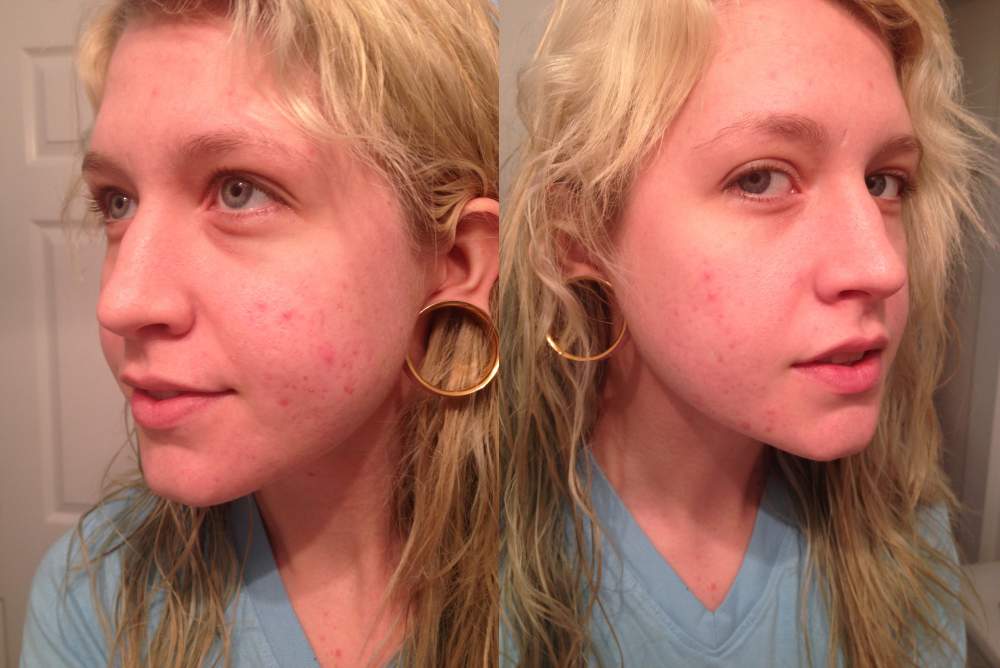 Okay wow. It's been over a year since I've logged in here. After recently feeling really down about the condition of my skin, I decided to return here and look at my old photos....

HOLY CRAP! My face has improved so much more than I had been giving myself credit for.

It's hard to see the improvements in acne because they're gradual. You're gonna have clear days and then you're going to have a beakout that you think could qualify as the worst one you've had yet. It's a cycle. A vicious cycle.

So I want to take a moment to ask you reading this if you're being too hard on yourself like I was. I was too afraid that my acne wouldn't clear. I was afraid that 5 years later I would still be posting photos of my face just as covered in pimples as they were when I began. That fear kept me from posting more photos and from coming back to the website at all. How silly.

Stay positive! You don't know what life has in store for you. My life has changed so much since the first few photos I posted. I think this is why my face is looking so much better. What am I doing now?

- DE-STRESSING! Right now I am actually unemployed. I am taking some down-time. I'm living very cheaply, off of Ramen noodles and big bags of vegetables from Sam's Club. But you know what, my stressful job was not helping the condition of my skin. Living from checks I get from one odd job to another is actually LESS stressful than making a great income at a stressful job. I am so much happier now. And on that note...

- BEING MYSELF! I'm being myself! I moved away from home... like more than a thousand miles away from home. I realized that my family's judgements were hurting my self-esteem. I'm different from my family, and that's OK. Now I live with three great people who are also different from their families... Now we are a family! The kind that supports and loves each other. THIS IS CRUCIAL TO YOUR ACNE TREATMENT! (if the causes of your acne are any like mine) Inhibiting myself constantly added to the stress from my job. I was an emotional train wreck waiting to happen. I actually did crash and burn... but by crashing and burning I was able to rebuild a new life that was much less stressful for myself. It needed to happen.

- NOT PICKING! NOT EVEN TOUCHING! Okay sometimes I feel and poke and... once in a while I do pick, I have to admit it. But I yell at myself for it. Because this is the biggest and most direct difference between my skincare regime now and what it was a year ago. And look at the difference. A year ago? I was eating all organic, grain free, dairy free... yada yada yada. Now? I'm eating Nilla Wafers and vanilla icing today 'cause it's my snack day (snack days are Sundays lol). But in general my diet has really fallen off the track.

- STOPPED TAKING BIRTH CONTROL PILLS - I originally began taking BC because it helped with my crippling cramps during my period and because my dermatologist suggested it would help keep my acne under control. Five years later... I'm pretty sure it didn't help my acne at all, and as an adult I'm pretty sure it caused some of it.

Anyway... that's my story. Kinda long... But I was really shocked when I took these photos this morning and compared them.