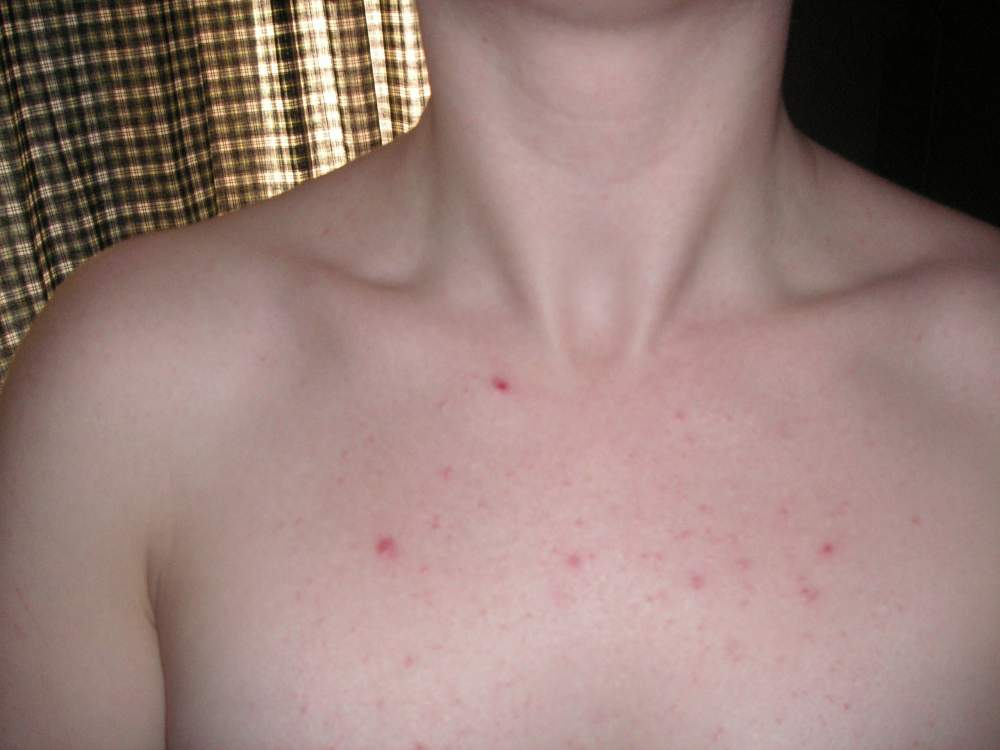 almost three weeks into lymecycline and washing with head and shoulders

My skin reacted quite well to this initially although it didnt clear up really and after an initial period of improvement it got worse again (althought not as bad as in the start). I started being sick (vomiting) and after 5 months I had to stop taking the antibiotics as they were making me vomit daily and interfering with my job... plus they were not really clearing me anywhere near as much as I'd like. I still had painful developing acne pretty much all the time although I did have good days.... this pic was 3 weeks in..... after 5 months I stopped (in march 2010)

© to crystal_willow from acne.org
From the album: