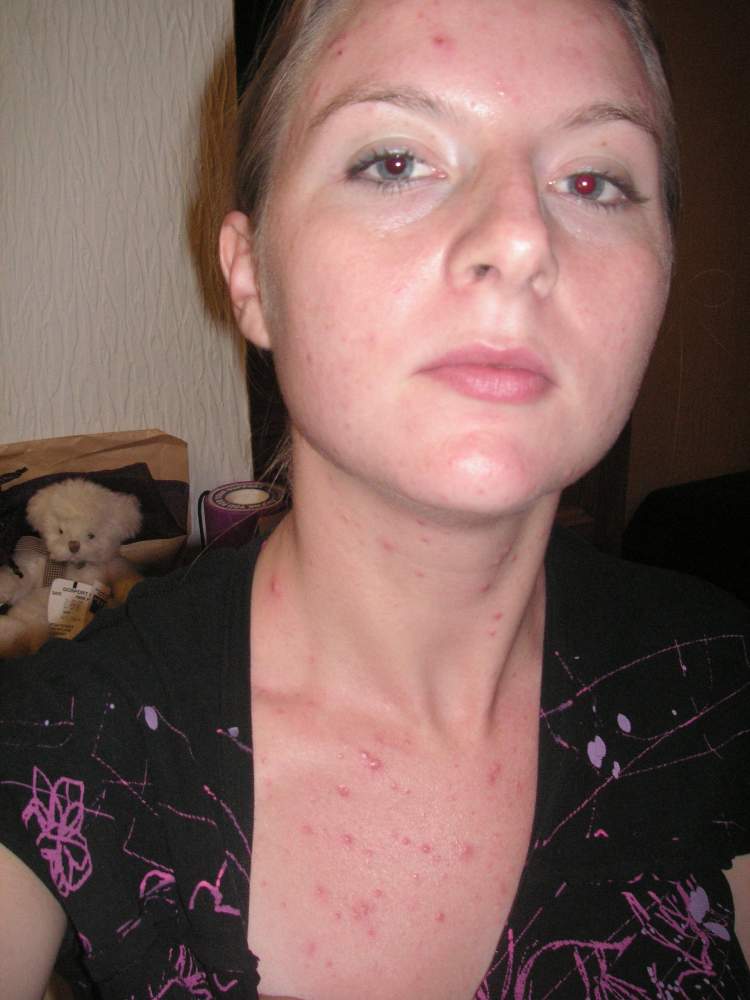 © to the operator of "crystal_willow" on acne.org

I had had acne for about 10 years at this point but I had been on the pill, this was shortly after I came off the pill.

I broke out worse than I had ever broken out, this was when my skin had calmed down, I actually don't have photos of when it was at its worst...

I gave it some time to calm down on its own ...... and it remained very angry so I decided I had to act althought I hated the idea of using stong ANYTHING on my skin or in my body. I decided needed more than time and positive thinking to deal with this and I decided that I needed evidence if I was to be able to track any improvement.. so this photo and a few like it was the result.

I got very good at applying makeup and most people didn't really notice my acne.

© to the operator of "crystal_willow" on acne.org
From the album: