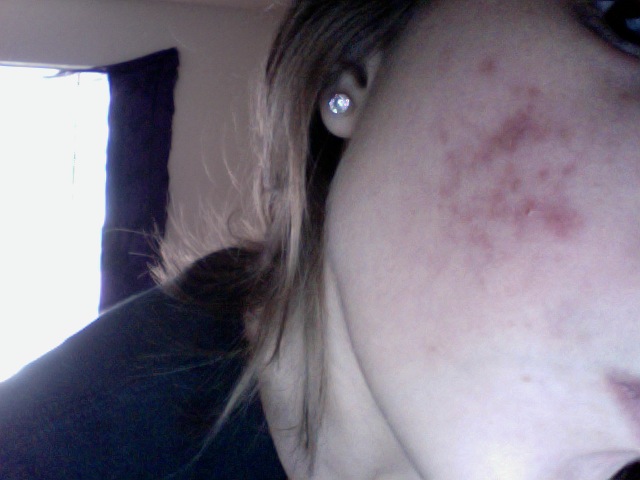 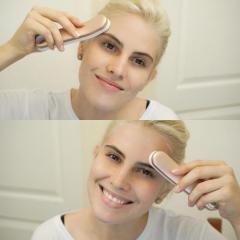 8 weeks of Atralin/Aczone regimen. most of my skin is reacting well, I think the IB will wrap up nicely in the next couple weeks. however, it's worth noting that i have tiny non-inflamed whiteheads on either side of my nose just on the very soft apples my cheeks. i specifically asked my derm when he prescribed the tretinoin what was going to take care of 'these little white bumps' and he said the tretinoin would. i thought that these would be the first areas to react and be purged by the tretinoin because they seem so close to the surface but i have not seen any activity there at all, and i am sure to get the medicine there. unlike most pimples, i cannot really pop these, they never come to a head. they sort of collapse on themselves if i try to pop them gently. i've learned not to get too rough with my skin. and they are far too flat and light to see in my pics, so don't bother trying. they do however show as texture in the sunlight.

anyway, more research is leading me to believe this is a minor case of pityrosporum folliculitis (malasezzia). it is not a bacterial infection, but a fungal infection, which can be exacerbated by use of BP. i never had acne up until a year ago these ' itchy little white bumps' started and i obsessed and picked and shortly thereafter i had full blown acne lesions. i believe this fungus led to my picking, which led to my spreading it and causing acne in addition. the tretinoin has cleared up my breakouts so far beautifully, except these stubborn 'little white bumps', which are not horribly itchy but slightly itchy every once in a while. i shouldn't experiment, but i bought head&shoulders (pyrithione zinc 1%) to use just on these spots, it is supposed to kill the fungus. i am not going to go overboard however bc i foresee it causing some irritation to my already dry sensitive skin. i have just used it for the first time for this purpose, and fyi it made my skin very tight and dry at first, but after about a half hour that subsided. i don't feel any itching atm. i am going to put in on these tiny problem areas for a minute or two every couple days as much as my skin can take it and see if that helps.