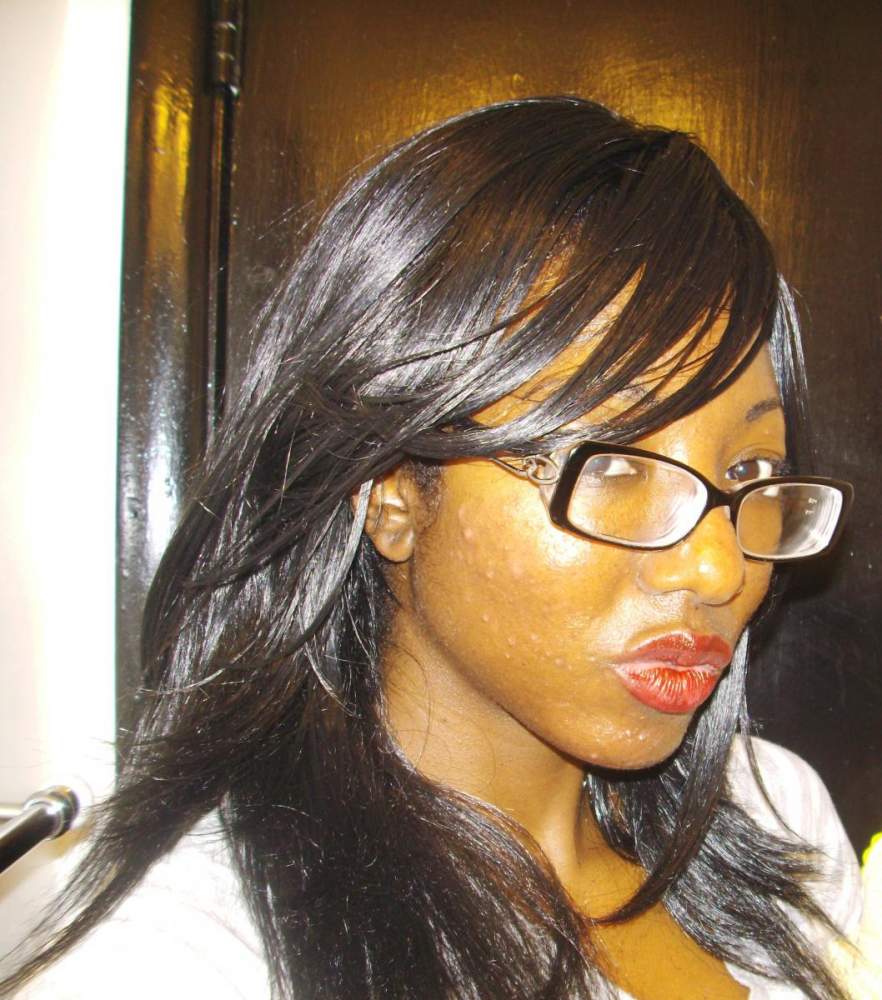 Edit: I'm not wearing make-up*except the lipstickl* I don't since i'm worried about breaking out if you have any tips on a good brand i'm all ears!! The glow you see is from using a good deal of jojoba oil on my skin.

Pic: I took this to see where I was with my new regime, it worked good but my cheeks were dry still from the aloe vera. It was almost like I was using BP though I wasn't. Oh well the breakout I had was only on this side and it was going down also my nose had some but I wasn't sure what was going on with that.

About to try out Jason's moisturizing aloe on my cheeks because the lily of the desert's aloe vera I found has retinyl palmitate in it and i'm sensitive to its firming/ plumping anti aging effects. Not sensitive to it irritating my skin but meaning it plumps up my skin though its a very weak version of retinol and a lot would have to be used. Oddly not for me.

© acne.org
From the album: