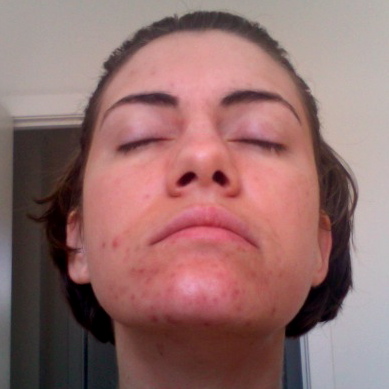 WORSE! Lots of white heads on the underside of my chin that ruptured and are healing. Maybe some improvement with red marks, but it is so hard to tell from the redness.