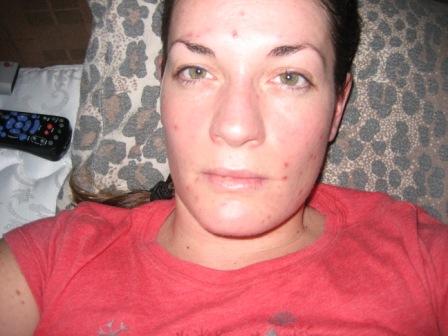 Hi, I am a long time sufferer of Acne. I first got acne when I was 14 years old and I am now 27. I have been to many expensive dermatologists, Chinese herbalists and doctors and have tried many different remedies as listed.

Yasmin, Dianette and also tri-cyclen which I used along with spironolactone (which is for women with Polycystic Ovarian syndrome, which I have).

Other Miscellaneous things I have done

The three day acne apple diet off the internet which I paid about $30.

Paid $500 to get my blood tested to see if I have any bad allergies to food, which I do to milk so I cut that out for over a year.

Paid $500 at the Chinese herbalist.

I have pretty much tried everything apart from Roaccutane which I will not try as I am scared of the side effects. I am also glad I did not try it as I have now found out the reason for my acne.

One thing to think about before reading on, if you have ever seen the pictures on bill boards telling young children not to take drugs like speed and showing pictures of what it can do to your skin and they have big spots all over their skin and their teeth are all missing and yellow, then you can now see how smoking could do the same thing right?

About 8 months ago I decided I was going to quit smoking so I gave up for just three weeks and at that same time I started using spironolactone along with tri-cyclen and my skin completely cleared up. I thought my skin was clearing up from the spiro and try-cyclen and in the meantime I started smoking again I did not know this was the cause of my acne to come back after that three weeks, I had gone on a road trip and my pills were in the car and I thought maybe they have become un-usable due to the extreme heat. So I ordered more spiro and tri-cyclen and started over again and used them for three months and nothing was happening so I thought maybe it just worked for that three weeks then my body got immune to it. So I just figured another trial and error it did not work for me.

I then started thinking again one night and I thought maybe my acne is caused by smoking and then I thought back to the time I gave up for three weeks and how that is the only time I have ever had clear skin for the last 13 years. Then I thought about when I started smoking I was all of 11 years old but that was just really casual but by the time I got to 13 I had a part-time job and that is when I started actually smoking regularly. By the time I turned 14 I started to get slight acne and then it just got worse and worse by the time I was 16 I had pretty bad acne and I would not leave the house without makeup and I was had no confidence at all.

This is the time that I started to see doctors and they told me that it was just puberty and that I would grow out of it and gave me some mild face creams and contraceptive pills and I continued with these up until I was around 21 and then I started asking more questions, I was now not in puberty but how come I still have acne? So this is when the doctors started giving me antibiotics which cleared up my skin quite a bit but only for a short while but then they came back once my body was immune to them. I was then given prescription washes such as Retin-A and Clindoxyl gel and I used each different wash I received for a few months at a time and none of them worked so I would go back and just be given another type of face cream but none of them worked.

During all these treatments I would constantly be on the internet trying to figure out why I still had acne and paid for many other miscellaneous acne remedies and treatment as mentioned above, these medications were so expensive and NONE of them worked, but I was so angry, why would they not work, they are expensive you think they would work, why would people say try this and you will have a clear face and pay this money and you will be acne free. I now realize that its all just a big scam and there are many people out there that are using us acne sufferers who wake up in the morning crying, who do not want to leave the house because we are ashamed of our skin and they donâ€™t even care as long as they are selling their product or treatments they are happy. I feel so sad that people can do this to us as I am not that type of person and would NEVER do anything like that to get money.

I was 13 when I started smoking on a regular basis.

By the time I was 14 I started getting acne.

Throughout the next 11 years until I was 27 I would continue to get acne until I decided to experiment with the relationship between acne and smoking. I searched the internet for a few days non stop for like 8 hours a day and found medical science saying that there is no connection between acne and smoking which was pretty depressing as I thought yes I have finally figured it out. I then checked acne.org and found that a few people were saying its all a personal thing, some people it does effect and some it does not so I decided to see whether it would be the cause for me. I also wanted to quit smoking as I had been smoking for 14 years and I knew it was time to quit as I was having trouble breathing and my circulation in my legs was not good they hurt every time I would try to rest. This also gave me some suspicion, I thought well if my feet are not getting good circulation then maybe the rest of my body is not and that is why my skin is bad.

So I quit smoking on the 20 December and it has only been 4 days so far and in that 4 days I have only had two new spots come up.

Here is my diary I kept as I wanted to show people that there is a connection.