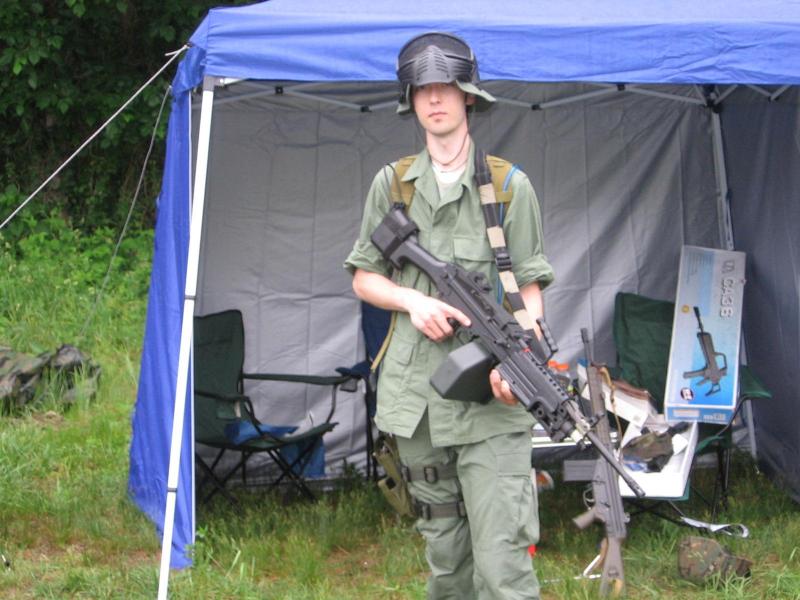 For those of you who don't know, I play airsoft...a lot. I've invested quite a lot of money in gear and weapons.

If you don't know what airsoft is, click the link provided above

It was a Vietnam-style game, since the event was called OP:Hastings. (All large airsoft games are called Operation:, or OP:,[codeNAME]. A lot of the codenames used are ones for real operations during American wars.


just me and my life

Photo Information for Another airsoft picture