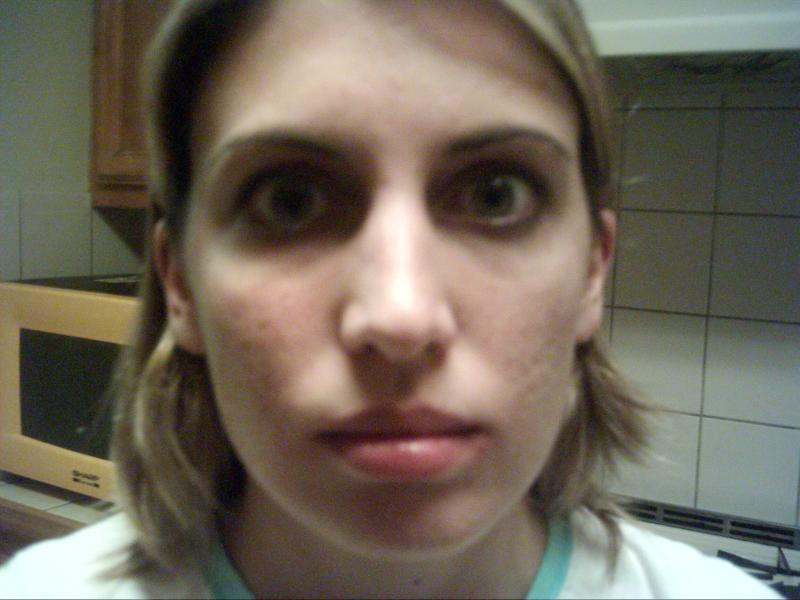 These pics show the scars that were left afterwards. I am still using the Retin-A Micro.

LOL I look like a psycho maniac in the face forward pics!! I promise I am a nice person...

Photo Information for Pictures as of June 19th,2006