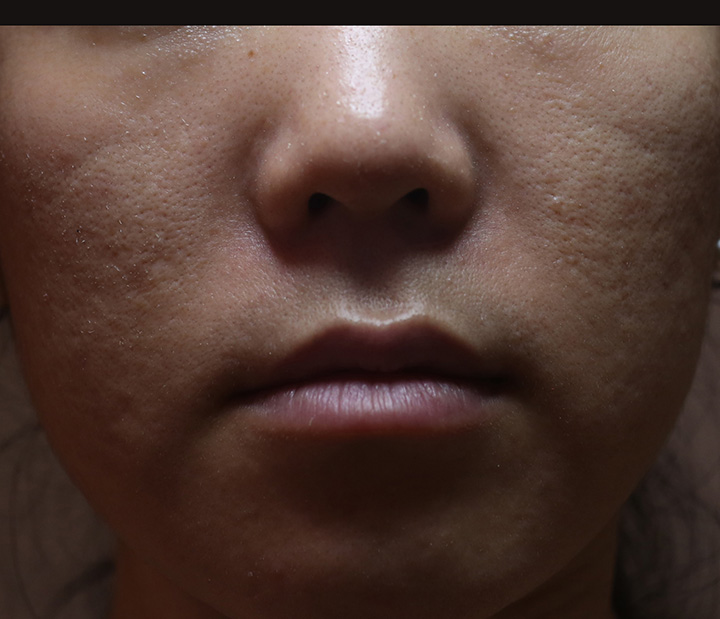 Album created by
ScarsAsOf92014
Taken under direct fluorescent light. My scars have looked this way for 10 years. I've had chronic acne since age 13, now I am 33, and the acne has mostly stopped, except the occasional zit or two. One regret I have is not having taken Accutane when I was young. It may have stopped most of the subsequent acne from creating scars. Derms always prescribed useless lotions. Of those, Retin-A helped the most.

I've also been dermarolling every once in a while. After seeing these pics, I think I need to step up! Also been using Dr. Dennis Gross's Alpha Beta Peel (twice as of these photos).

I think I have mostly "shallow but everywhere" rolling scars, along with some inflammation and clogged pores still. I've done laser before but felt it made my skin look worse. I'd like to look into subcision and stronger peels to see if things can improve...