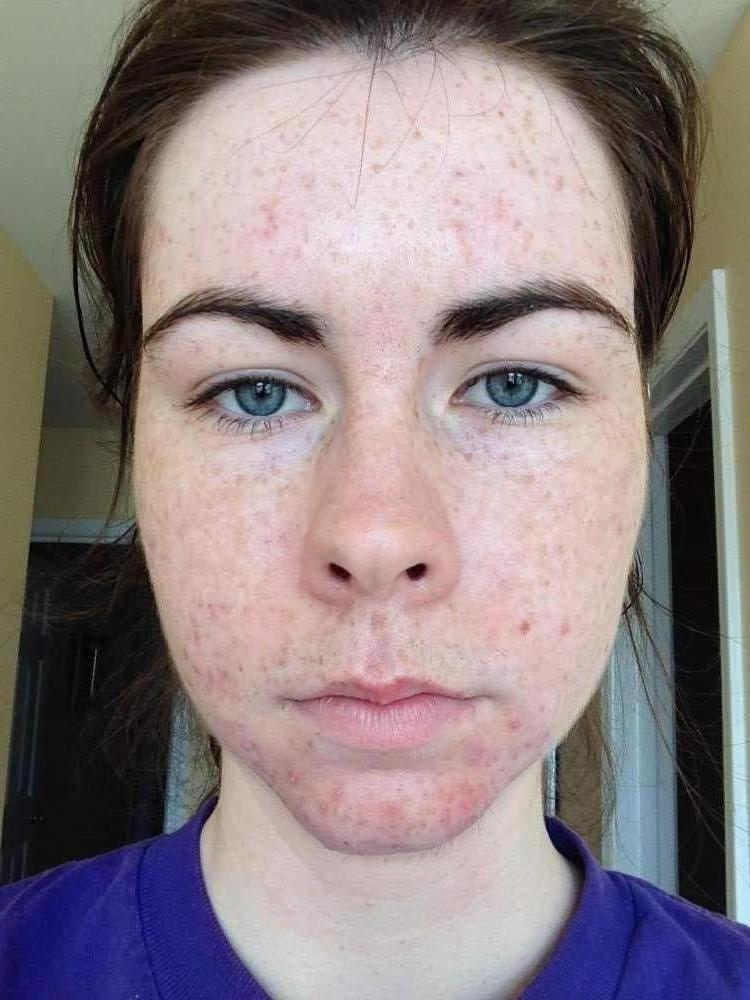 I tried Proactiv for the first month, but I found that the product was too harsh on my skin, and did not come with a moisturizer. I used CeraVe for a moisturizer with the Proactiv, but I still found a lot of uncomfortable dryness (my chin, mouth, and cheeks are dry and my forehead is normal). So I searched for an alternative, and began using The Regimen.

WEEK FOUR & THREE DAYS
I received The Regimen Trial in the mail, so I used the last of my Proactiv and switched to the Regimen on this day.

I hadn't suffered from any whiteheads in over a week, but as soon as I started The Regimen, I noticed a few new whiteheads around my mouth, on my chin and jaw line. I noticed new breakouts, which was upsetting because I had only been getting new breakouts every 2 to 3 days, as opposed to everyday. However, older breakouts were reducing in size, and were not as deep. Redness and irritation were prevalent, and hyper-pigmentation is still an issue.