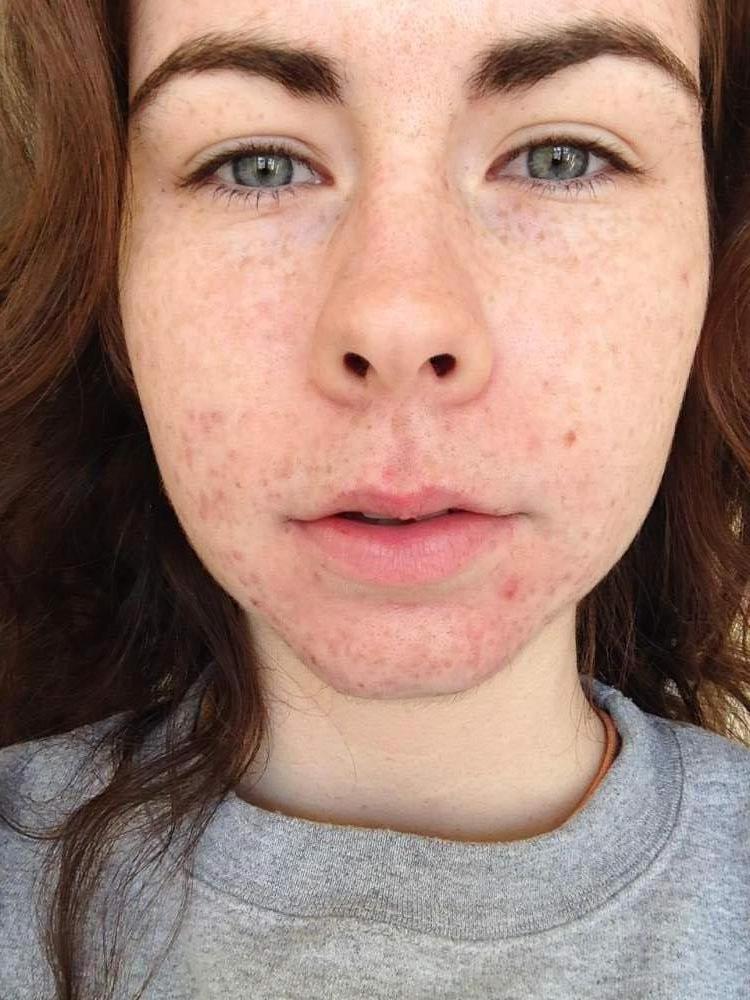 WEEK FOUR
(I was using Proactiv until it ran out and then I switched to the Regimen because Proactiv was too harsh on my skin.)
I saw a lot of improvement from when I began Proactiv. I still had a little bit of redness around my chin and mouth, although it looked more pink and flushed, as opposed to redness and irritaiton. Skin was still dry, but not very flaky. Hyper pigmentation was still an issue, as acne marks were still slow to fade away.

New breakouts were happening with more days in between them. The first two weeks, I'd notice new breakouts almost every day, however, by week four, I noticed new breakouts every 2 to 3 days.

Breakouts were drying out quicker, normally within 2 or 3 days. I was still getting whiteheads around my mouth, chin and jaw line.

Acne marks were smoothing out on my jaw and under my chin.