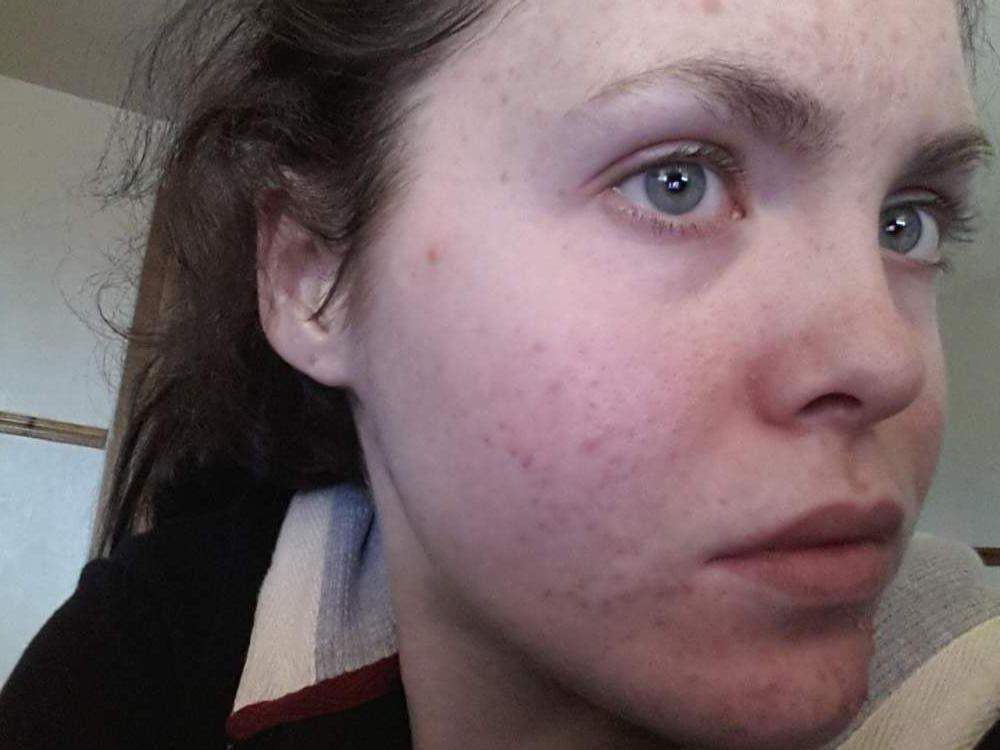 Album created by
MissSac17
Currently just using tea tree oil minimally and only washing my face with water: splashing with water (warm then cold) then pat dry. Under my eyes and around my cheeks I will put SudoCreme on overnight, I even sometimes only wash my face (put tea tree oil on blemishes (active acne) and sudocreme) once a day and just leave it like that for 24 hours...this has made a subtly difference actually to red marks.

I am finding though that I have been breaking out a little more the past couple weeks - my period SHOULD be due at the end of this month, so like this week sometimes BUT they are very irregular ofcourse.

Recently I also stopped taking Vitex Chasteberry (anti-androgen) which I was on for about 2 and a half months, I wanted to stop for at least a month to see if it made any difference at all, I noticed a slight improvement initially after stopping taking it, but Im thinking about trying it again..however I noticed also a higher heartrate than normal when taking it, and struggled I mean STRUGGLED to sleep...it increased my anxiety, which I am now on anti-depressants for :/

As for diet, well I will totally admit that the past few weeks there have been a day or two - once a week - where I have binged, not loads, but like ate way more than I should with junk food. I do have a history of ED - anorexia, which developed eventually into Bulimia and then a kind of Binge non-purge type thing...I did have this under control and maybe binged once per month but after Christmas I totally let myself go and feel ashamed of it...anyway Im back on track now and will hopefully control any of these urges in the near future if they arise.