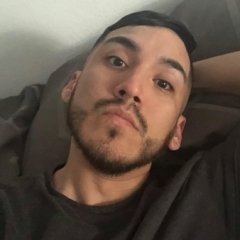 Thought I Was Done

By Tyga, November 14, 2009 in Emotional and psychological effects of acne