I had my monthly appointment last week, My dose went up to two 30mg pills a day. And now My skin has started to peel awfully like I am working and I see little flakes of dry flesh fall on my desk! (Sorry about the details) but it’s the reality of Accutane and I saw it coming.. I use a lot of oil free screen protector and some moisturizer to help it a little but tbh it doesn’t really do much.. The skin still looks very dry even if I put on moisturizer. What does help it is to exfoliate it before I go to bed, that leaves it a little more smooth. In the week 5 photo you will notice some redness but that is because I had just exfoliated it and since it’s so sensitive it gets like that.

Note: In my next post I will tell you my morning and night skin routine. 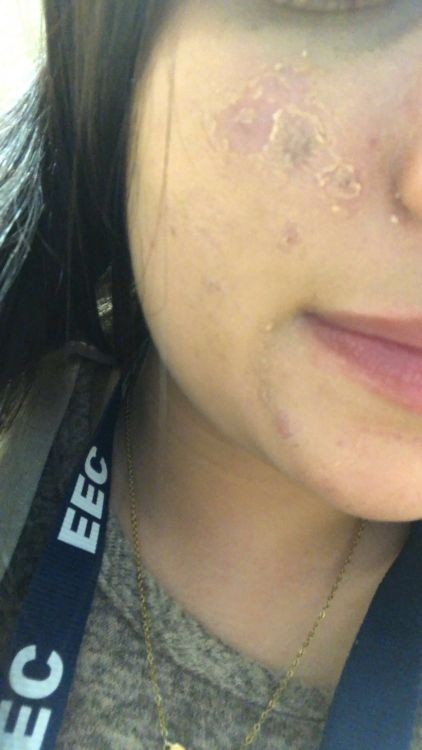 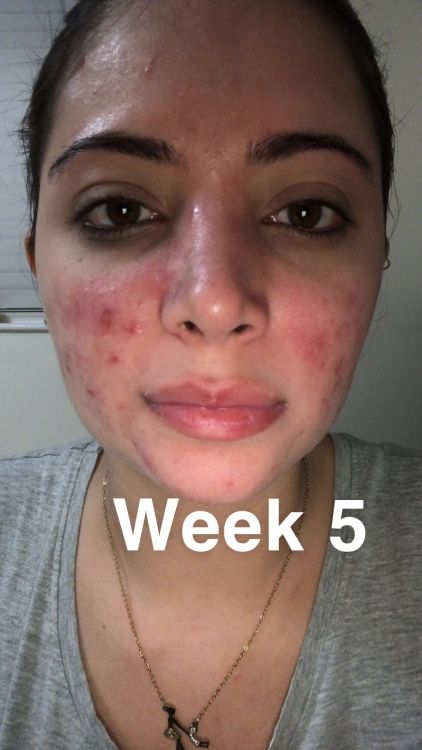