Almost all scabs fell off and honestly, I do not see any improvement at all. 3-4 months ago, my Dr have done test spot with TCA for 2 of my scars. This time, after the treatment, I have not moisturizing at all and the scab was hard and took longer to be fell off. After scab fell, these tested spots were very red and took about 10 weeks to be normal.

This time, I moisturized soooooo much, like at least 5 times/day. I found out that when I moisturize too much, the scabs did not become hard but rather, stay on the skin like another jellish skin layer on top of my skin. I noticed that after these jellish scabs fell, the treated scars are not even red or anything, it is just basically the same as before the treatment, literally.

The scar/scab condition after the treatment when I did not moisturize and when I moisturize a lot was totally different.

I know it is little too early to tell whether I am improved or not, but its been 10 days and there should be at least a little bit of improvement. Most of the treated scars are not even red, it is seriously the same as before

I am assuming that I moisturized too much that I did not allow the scabs to form completely (or to be hard), so the acid did not do much for the scars.. my skin reacting totally different than before when I did not moisturize much after the test-treatment.

Looking at these scars which are not even red, it seems like the healing is already done (and I heal very poorly and slowly).

Would this be okay...? I am so worried that the treatment did not go well..

Anyone has any ideas?

Thank you so much 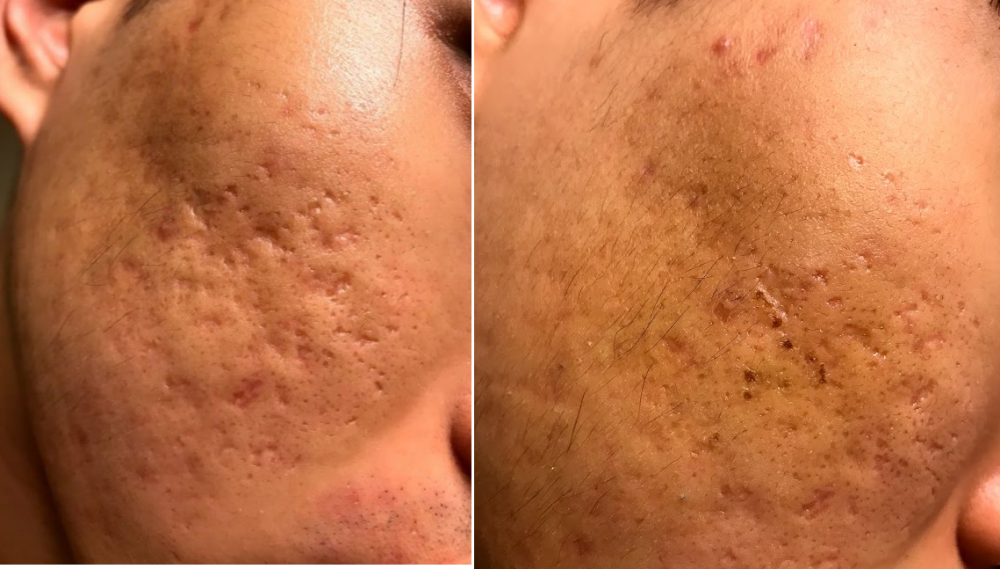 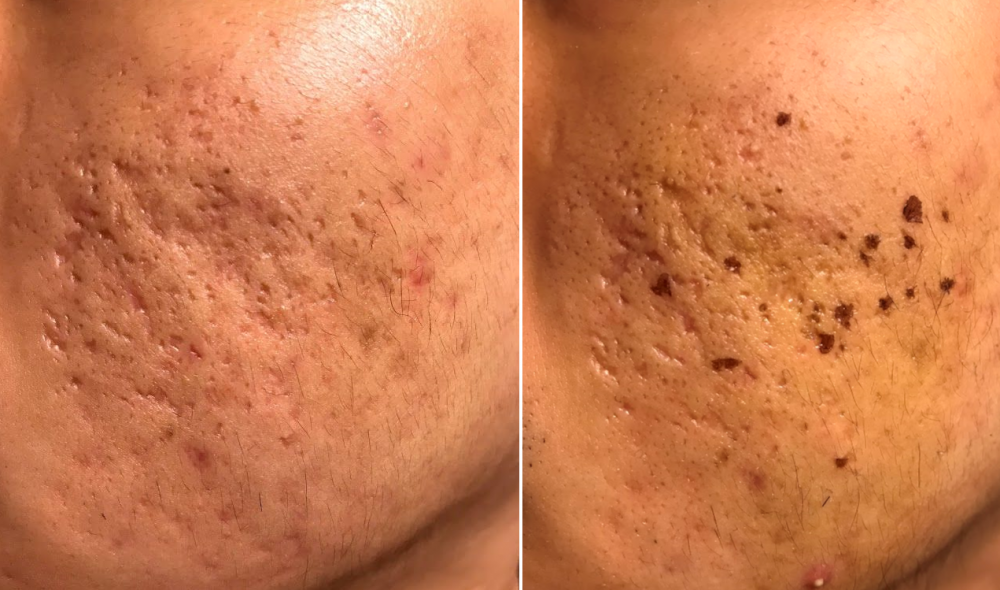