A alittle about myself- as a teenager i never broke out. It was about 4 years ago when my ex and i of 8 years broke up and when my skin went crazy he himself even said what happened to my face- so obviously the breakup is what caused my acne i was able to clear most of it over time but not like it was before but i was ok with the way my face until about 6 months ago i broke out the worst ive ever had i started taking Vitmain, zinc (which i felt made me broke out with painful acne) which i know some things make acne worst before it gets before but after 2 months it was so painful that it hurt to touch my face when i would wash it so i stopped the zinc and and my face somewhat clear up but still got really bad broke out nothing was helping- I tired tea tree , apple cider vinegar, everything so i finally went to see the derm and she said what i had is hormonal  acne. i forgot to mention i was out on BC for my irregular cycle which did not help my acne actually made it worst especially around my mouth and chin around so once my treatment was done and my period were regular i stop taking BC and my face has not been the same since

Week 1: days 1-7
End of first week was yesterday. I did take before and current pics which i will post.
My face has been dry and flaky only around my chin around and some on my cheeks. I still break out with a few bumps which actually do not bother me at all since my face was much worst before so these new pimples come and go so fast within this week. My skin texture is so much smoother especially my forehead.  I have several red marks on my cheeks which are fading slowly my pimples are not as inflamed as before. I know i will have an IB but i havent had anything to bad so far maybe to early for IB- but i am having small ones that appear one day and are pretty much gone the next day.
Regimen : Morning-
Washing face with Cetaphil
Witch Hazel Toner
Aveeno Moisturizer SPF 15- ( SPF 30 is what i should be wearing but it feels way to greasy on my face
some makeup
Evening :
Take both my doryx and spiro after dinner
Remove makeup
Washing face with Cetaphil
Wait about 20 mins and apply Retin A mico 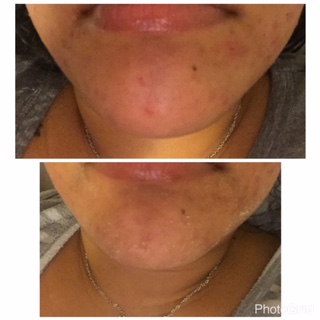 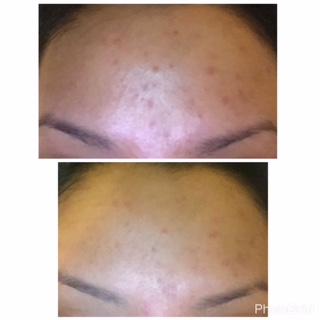 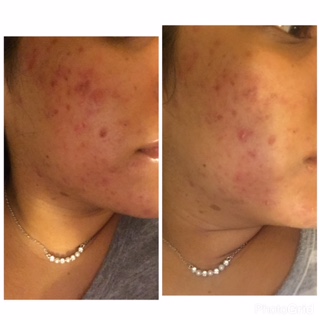 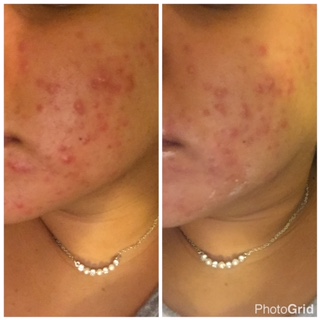