Hello, all. (Warning: this post is a doozy of an introduction.)

I am a 23-year-old woman who has struggled with acne since about 14. It's varied between mild and moderate, but has always caused me significant stress. This is the year I'm going to find what definitively works for me so that I can have consistently clear skin and move on to more important things in my life. (Like my career, art, enjoying the people I love, travel, etc.) I no longer want to be consumed by the self-consciousness, anxiety, and stress of worrying about a current breakout or a soon-to-be breakout. I no longer want to worry about missing parties or not going on trips because my skin looks awful. So I'm going to tackle this from all angles.

But first, a little (okay, a lot of) background:

I am acne-prone. My mom had bad acne, my dad had acne, my brother had very bad acne, and at times my acne has peaked at moderate. I think the only reason it never became severe is that I have been religious about washing/treating my face since my acne started. Starting at around 14, I started to get blemishes. I'd often only have a few noticeable ones at a time, but sometimes I would get big cystic blemishes. These have left some post-inflammatory hyperpigmentation (PIH), and, in a few spots, small scars. Since my acne started, I've never considered myself to have beautiful skin. My skin's tone could be improved, for sure. For many, many years, I exclusively used the Neutrogena Advanced Solutions Acne System. This is the one with a salicylic acid cleanser, light SPF moisturizer, and BP treatment just for nighttime use. I used that for about 9 years. At times my acne was light, but I was never too far away from a breakout. At times I ate healthfully, and at other times I ate really, really unhealthfully. There were periods where I religiously worked out, and during these times I'd say my acne was better under control. At other times, my acne would get really bad. (Think big cystic pimples that would take 8- 10 days to go away above my lip.)

Things stayed fairly steady until fall of 2015, when I went through a massive life upheaval (breakup, move, new job, new bad relationship). I was under severe stress and anxiety and was depressed. I had terrible lifestyle habits. I drank excessively most nights (think blackout drunk), often staying out until 2 or 3 in the morning and occasionally sleeping over places without washing my face or taking off my makeup. Keep in mind I'd never done this before in my life. Sometimes my skin would clear up, but I had a period of a few months where every other week I'd get a massive, cystic breakout. These left scars and seriously freaked me out, but my bad lifestyle continued. Then, in mid-December 2015, I got a breakout to end all breakouts. Around my jaw and mouth, I got about 3 - 4 terrible cystic pimples that constituted the worst breakout I'd ever had. Truly, there was one actually on the edge of my lip that was so swollen it looked like I'd been punched in the mouth. I know that this is a superficial reason, but the results of this breakout gave me some form of stress disorder. I became constantly anxious about my skin. It caused me humongous amounts of stress, especially because I was trying to date and the prospect of being horrendously self-conscious around men terrified me. I also was nervous to ever spend the night at anyone's house because I thought my skin looked so bad without makeup. (The red mark from the really really bad blemish above my lip took a very long time to go away. It still is there, just less noticeable.)

So, I switched over to Dan Kern's acne.org regimen in January of 2016 as a desperate attempt to get something that worked. This entire year, that's what I've used. I had to tame it down to limit the dryness, because using the regimen as DK instructs absolutely obliterates my skin. I use DK's cleanser twice daily. I use BP (not nearly as much as he recommends, though) twice daily. In the morning, I only use a tiny amount in that space above my lips and below my nose and sometimes on my chin/forehead if I’m having a breakout. I don’t use it all over my face. I then use Neutrogena’s Oil-Free SPF 15 Moisturizer. (I don’t like DK’s.)

In general, it has helped my skin stay clearer. I’ve had very few major blemishes (think huge, cystic, etc.) and when I have, they’ve been predictably on my chin (meaning, likely hormonal). I’ve had nothing on the same level as my breakout last December. For months, my skin was the consistently clearest it’d ever been.

However, I’m now plagued by bad skin texture and dry, flakey skin. At times it’s been worse, though I’ve tapered down the BP use to minimize it. Either way, the fanatical checking to see if I have a big skin flake is almost as bad as the acne. (Not quite, but still, it’s not a way to live.) Anytime I eat? Flakes around my mouth. Anytime I laugh, etc? Flakes around my mouth. I tried jojoba oil briefly (though it makes me nervous to use oil on my face), but it honestly just felt like oil sitting on top of dry, scaly skin. It didn’t penetrate my skin and actually give me relief. I also think the BP use contributes to wrinkles. I have more defined lines on my forehead than prior to using it. Point is -- I do not think BP is healthy for your skin, but as of now I see no other way to stay clear.

The dry skin had started to really bother me, so I went out on a limb to try a new system. It’s important to note that I’ve also made significant lifestyle changes in the past 6 - 8 months. I am pescatarian, rarely eat sugary/oily foods, eat lots of whole grains/fruits/vegetables, and am less stressed. I’m 20 lbs lighter than this time last year and drink less (though I still have a decent number of nights where I drink to excess.) As far as my general health, the only other things besides my acne that bother me are thinning hair (possibly genetic, because my mom has bad thinning hair) and still a decent amount of anxiety/stress.

I thought my new, healthy lifestyle afforded me more wiggle room to try a new system and not have my skin freak out. So I tried Paula’s Choice CLEAR system and her Pore-reducing toner. I’d heard it was gentler than the DKR, and also made use of other active ingredients. I also stopped using BP in the morning in an effort to be gentler with my skin.

My skin has now freaked me skin the f out. (I think the culprit was the Paula’s Choice BHA salicylic acid treatment, but I also think there’s something in her BP that breaks me out.) My forehead (which generally stays fairly clear), became riddled with tiny bumps. Like, bad. I then also got 3 - 4 big, red blemishes on my chin and under my nose. This is probably the worst my skin has been since LAST December. My skin texture has dramatically improved in the areas I’m not breaking out (less rough, smoother, less red), but considering the new breakouts, this isn’t working.

So, I’m not quite back where I started. My skin still (fingers crossed) doesn’t look as bad as it did LAST winter, but my current regimen isn’t working, either. I refuse to go back to using the DKR as I was, because the texture (redness, dryness, excessive flakiness) of my skin was unbearable and embarrassing. I need to find new strategies to fix this until I have a sustainable routine with no markedly bad side-effects that I can keep up for good. I want it to include diet, lifestyle, supplementation, and topical treatments. I think a multi-pronged approach is the only one that will ultimately work.

I’m going to post my new 2017 skincare plan in a separate post because this post is already obscenely long. But, as a definitive “before” picture, I’ve posted some photos of my recent bad breakout. Keep in mind it never looks as bad in the pictures as in real life, but you can see the big cystic blemishes under my lip and below my nose. You can also see all the little bumps on my forehead. While this blog is mostly going to be more my own accountability/organization, hopefully I will find what works for me and help others, too. This has truly been a lifelong saga of mine that’s sapped me of self-confidence and focus for other things. I want to fix it, because the rewards of this no longer being a life-stressor will be immeasurable.

But, as a closing note, I also wanted to emphasize one more point: We are not our skin. There’s a 0% chance I will never have another breakout in my life, and that’s okay. While it’s worthwhile to work toward clear skin, also recognizing that a heightened focus on one’s skin (even when it’s not all that bad!) isn’t healthy, either. We are all human, with imperfections and bad skin days and bad skin weeks and bad skin years) and the people that matter will still love you and you should still love you. You are a soul who can make art and bring joy and help others and tell hilarious jokes, so what if you also have a few pimples. Really, so what. So, that’s a new mantra to bring to 2017, too: This really isn’t that big of a deal. I am more than how I look. I can find peace outside of myself. 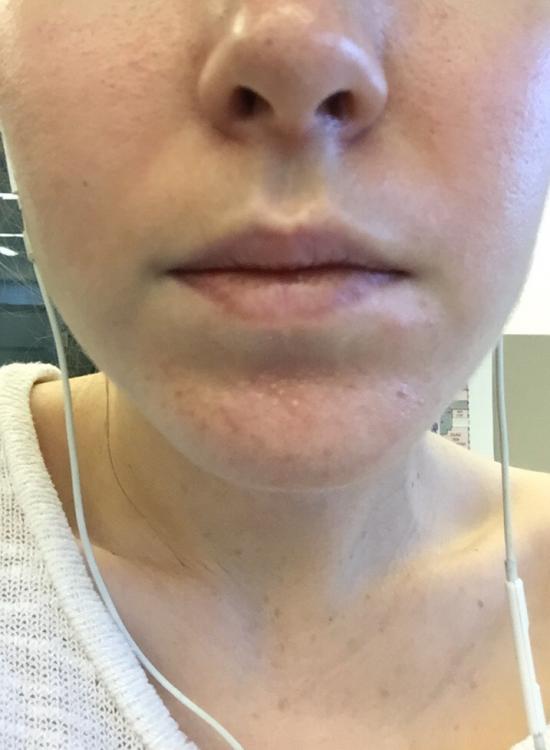 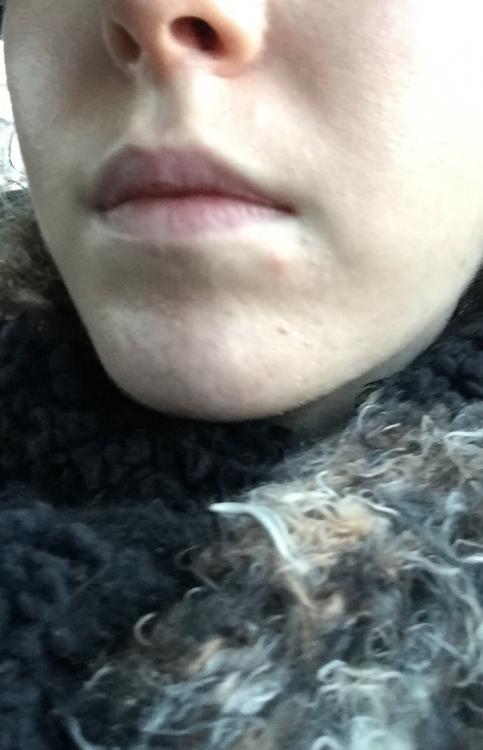 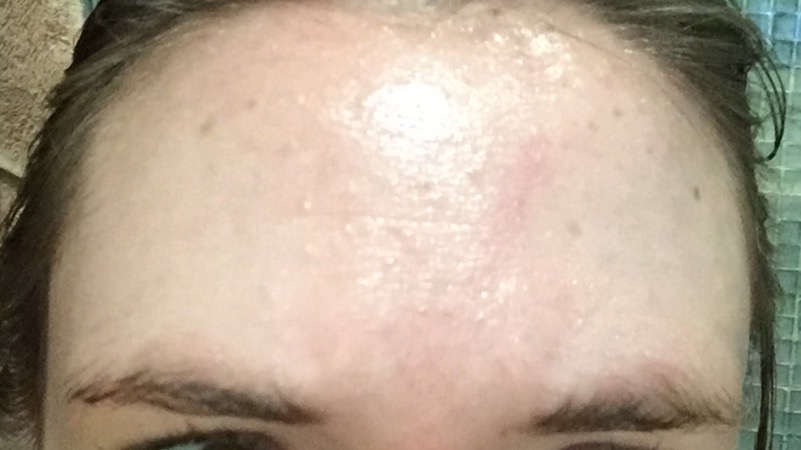