Okay so - I wanted to share some before pictures. This is when I had hit my breaking point... I would have seriously burned off my face if it meant a beautiful new one would magically appear. I had stopped going to the dermatologist because the one I was seeing wouldn't believe me when I said everything I was dealing with on my face was totally hormonal and none of the stuff I had was working. I had been seeing her for about a year and a half. LUCKILY I found someone else but anyway... here's the pic...BTW.. this was taken on a "good day". I promise you it was WAY worse in person than this picture. 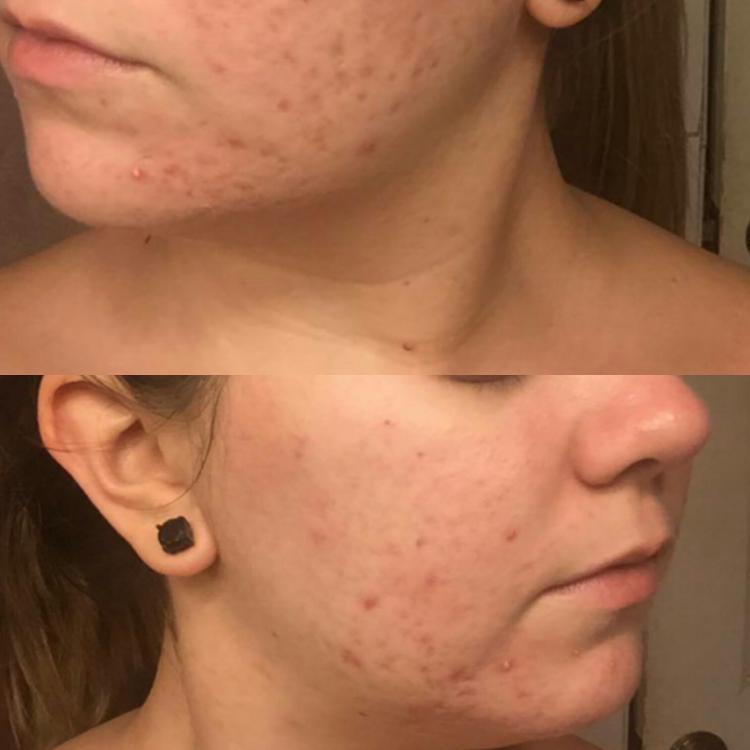