Once I ran out of the first month's perscription, I was off Accutane for probably 2.5 weeks. I was worried that the time off would make my skin look worse, but it actually didnt change at all (that I could notice). I called the dermatologist and she said that the thing that matters with accutane is that you get the total amount of it that you need, not necessarily that it's taken in a super-strict regular dosage. This made me feel better because there were occasional days when I just forgot, was feeling really dry, or was hungover and didn't eat when I didnt really feel like taking the pill.

So I finally got my month 2 perscription and everything has been awesome since. My liver tests were actually better since the original one, which is super weird since I drink probably 3 days a week. So the derm bumped my perscription from one 40mg pill a day to three 20mg pills a day. I still use the Cetaphil face stuff everyday when I get out of the shower. I dont really use Aveeno anymore because I never have dry spots really. I use chapstick constantly though. I honestly think the thing that has the most effect is Vitamin E. My derm told me to try to get 800 IU a day of it if I was feeling dry. Well I take 1200 IU a day now; 400IU pill with every accutane pill I take.

Actually the only problems Ive had at all is inbetween my toes and my eyes. If I walk a lot in a day, it's almost like they're rubbing raw against eachother, kinda nasty. I've been putting the auqaphor between them before I go to bed and that seems to be helping. I wouldn't even actually say that the eyes have been a problem, but if you happen to enjoy the occasional smoke session I would recommend carrying around eye drops with you. It's like the dryness from the accutane plus the dryness from the smoking combine and it actually hurts.... eyedrops to the rescue.

Anyway, I guess I was kinda just making this post to give my thoughts on drinking while taking accutane. Everyone told me it would be bad, but I guess you don't really know until you have that first blood test. I have had 0 issues from drinking while on it, and I'm at a party school so.. a lot of drinking. I'm sure it's different for everyone, but if the tests are bad after the first month, just make the change. I don't think it's worth giving up the lifestyle you enjoy and want to live just because you also want to have a clear face, but that's just my 2 cents.

I'm gonna put some pictures from day one and end of month two up I think. And I'll probably keep adding pictures every once in awhile just so I can see the progress and look back once its all over. I could keep posting if anyone reads these, otherwise it'll just be a memory bank for me!

The skin overall definitely looks better I think. It's less red and new acne lasts much shorter. It's only been 2 months so I'm extremely happy with the results so far. 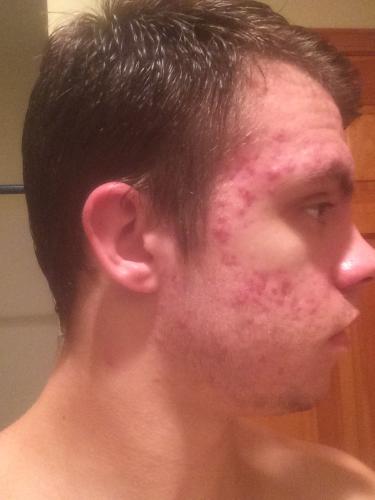 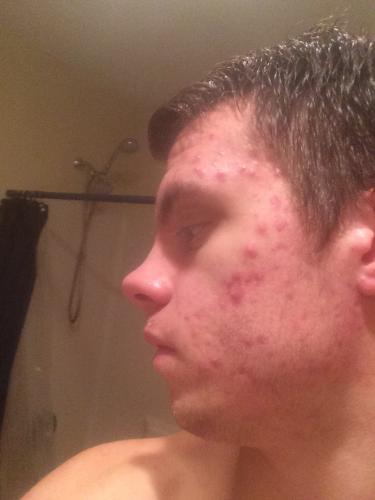 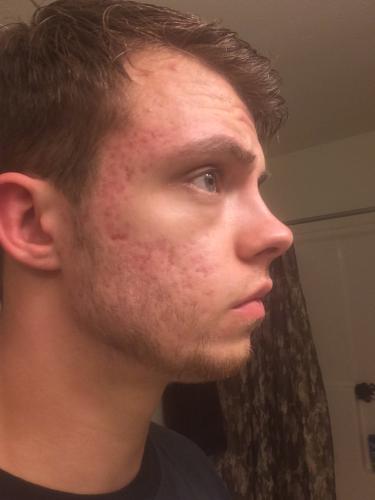 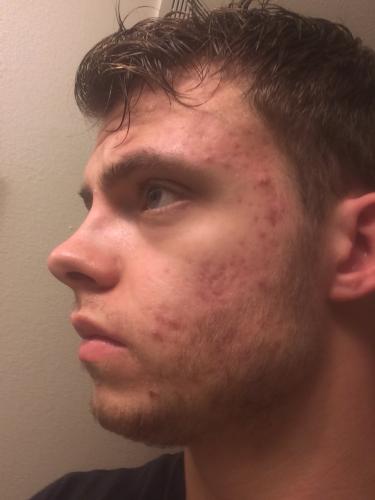