Here is my log of my journey on Isotretinoin.

First off, some back-round information: I am 27 years old, and have been suffering with mild but on-going acne since I was 19. I never had a problem during High School apart from the occasional spot which quickly resolved itself. I went and saw a Dermatologist when the problem started getting worse (breakout after breakout – not bad breakouts, but always there). He had a look and very quickly prescribed me Diane-35, a contraceptive, as well as Androcur to go along with it for the first 3 months. This helped, after about 6 months, but only slightly. I continued using Diane-35 for 3 years (as well as a few others for 2 more years) hoping that the issue would resolve itself over time, but to no luck.

I waited about 2 years or so, not taking any medication – just using my Dermalogica products (Anti-Bac Face Wash, Daily Microfoilant exfoliator, and Active Moist cream) and my skin was still the same, progressively getting a tiny bit worse with each break out. Since the beginning of this year it got to the stage where the break outs were becoming inflamed and painful, and my skin started feeling oily and dry/flaky at the same time (which I had never had before). So I decided to go see another Dermatologist. He

prescribed Oratane straight away, starting me off on a 3 month course, of 40mg once a day. He warned me with the following: Extreme dryness – chapped lips, nosebleeds due to dry nasal passages, dry eyes, Headaches and back and joint pain, and that I cannot fall pregnant, as there is a 90% chance of serious birth defects. He prescribed eye drops, an intensive facial moisturizer, and a lip ice as well. I immediately told him that I didn’t want anything to do with Roaccutane, as I had heard some horrific (hope fully incorrect and outdated) stories. He reassured me, and I decided to give it a go after thinking it over for a few days (and doing a butt-load of research, and seeing some really nice success stories). 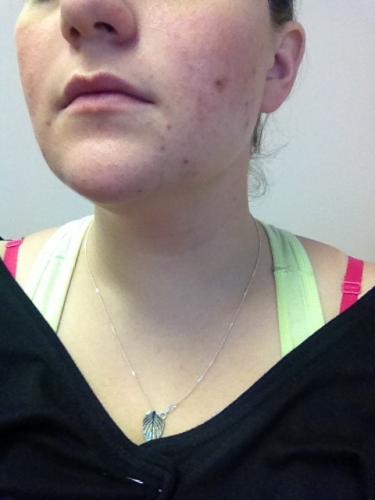 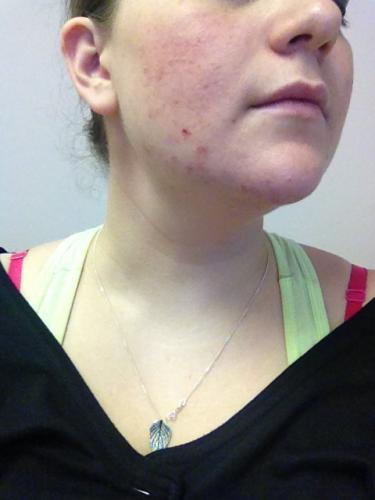