It is 8 long weeks and my chin has a lot of spots. In fact, a lady I haven't seen in awhile even asked about my face. This is old, to say the least. So 2 nights ago I decided not to put the cream on my chin area. I put it on my forehead and nose and upper cheeks. Once rubbed in, I just skim my fingers over the chin area. I just can't no longer take the bumps nor anymore discoloration. My face after 8 weeks is still worse off than when I began. Hopefully, the cream will help aging but in the acne department, I am completely kicking myself for starting this. What was barely nothing before is more than enough now. Here are my pics, I took them yesterday and it is hard to tell but I have a new bump forming where it has already formed like 2 other times. It seems once I get a bump in a spot it just simmers down and pops up again later. 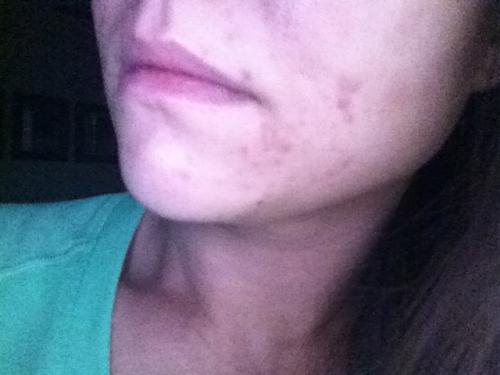 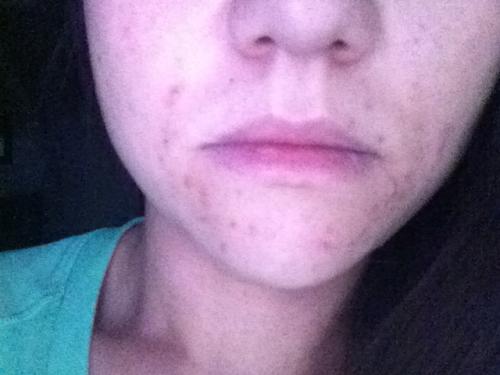 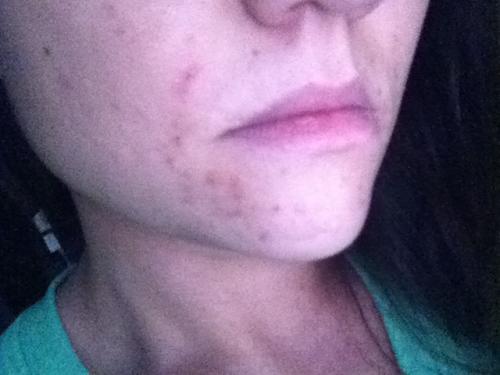