I am at the 6 week mark today. I think it is better than last week. I haven't had huge one after another coming up but still have discoloration but that be hidden with make up. The small under the skin bumps are really a bothersome. I don't know if it was because I was irritating my face using a washcloth to help clean the make up. I did have some before I started the cream, but just a few close together. It is like they wont go away or come to a head. Strangely, I also believe they get more noticeable in the late afternoon/evening hours. Like they become inflamed and you can see them more. As we know, make up isn't hiding these bumps and now since starting all the cream, my face is horrible. I have more dark spots, more of those under the skin bumps and big old pimples. I am hoping the big old pimples will stop forming now since it seems to slowly be calming down. Actually last night, I went picking (I know, I know bad bad bad) at those under the skin bumps. Since they wont seem to budge and I have actually tried before but get nowhere. They just seemed so inflamed last night, I actually made progress on a few of them and got white stuff out of them, it was red but the bump was gone. I did have blackheads on my nose before starting also and they seem to be gone. The pores still look big and I can tell oil is there but they don't have the black part, so hopefully with continued use the pores shrink up. And lightening plays a huge role in how they look also, I notice that daylight when I am out and about, the bumps seem to be more noticeable, plus make up probably makes them look worse, but hides the dark spots. It is a lose lose battle. If I remember, when it is later in the day, I will try to take a picture to show the small bumps becoming more inflamed as the day progresses. 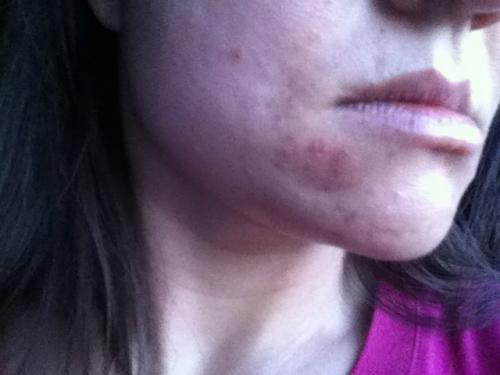 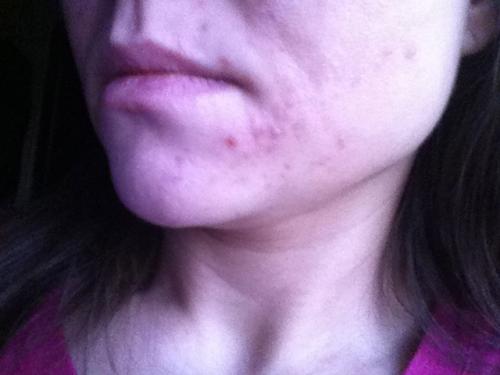 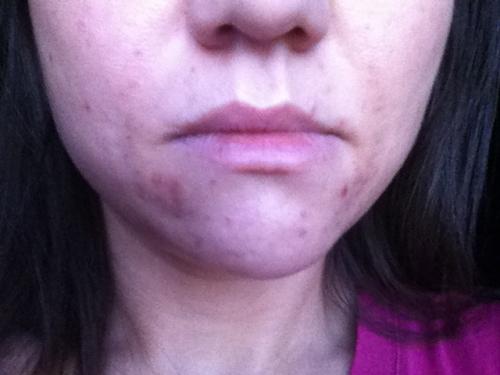