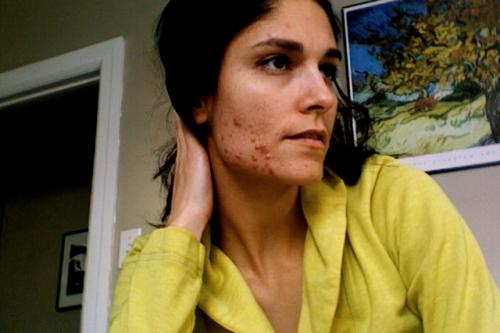 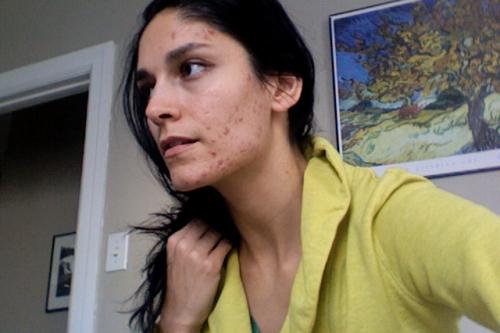 I went off The Regimen in January of this year (2013) to give a particular natural skincare site out there a try. I was experiencing dryness and redness with the regimen after having had excellent success with it starting back in 2009---I mean, we're talking *excellent*. The Regimen cleared me up by about 99% (as you can see in that photo I posted; no make-up; just a little eyeliner!) and only less when/if I was not religious about doing it properly.

I have had cystic acne since I was 13 years old; mind you, not *horrible* at first but it was progressively getting worse until I hit a block in 2009 where I couldn't take it anymore. My breakouts were starting to become even larger (almost multi-porous, I'd say) and horribly painful. They didn't stay under the skin, strangely enough---always taking weeks to come to the surface and would even ooze (sorry, TMI.) I'm lucky I was left with nearly nil scarring at the time after I started the Regimen that first go around. I had tried EVERYTHING (except accutane, a line I am simply not willing to cross/risk.) I even saw a Naturopathic doctor and saw no change after trying everything I could diet-wise, using homeopathics, and liver-cleansing herbs. I am a very healthy person, so this was incredibly upsetting at the time---and still is. It's like, "why doesn't honey and aloe and the oil cleansing method and a clean diet not work for ME?!"

My acne was not worsening on The Regimen after having been on it for 3 or so years, but something just came over me because of that whole "I take a natural health approach in everything else in my life!"---BP just started to mentally bug me, for lack of a better description. Well, that and only being able to use white pillowcases and towels, lol. I couldn't understand how such a stable, happy, healthy person who eats a primal whole foods (mostly organic) diet, exercises, does yoga, gets chiropractic adjustments, doesn't repress emotions, etc has such awful acne!

So you're hearing it from me, the natural health nut, lol:

I actually resent it (always did, but especially now) when someone tries to say "oh, it's your diet" because of the simple fact that if acne was indeed a directly proportional relationship to food and core health, then those of us who eat a clean diet and are not overweight and have healthy communication skills would be acne-free, and everyone who eats fast-food and is overweight and represses emotions or is resentful would have horrible skin. Ya, ya, I know a lot of those people are suffering in other ways---but you see what I'm saying here, right? It's simply not a statement of fact to tell people with acne that their diets, their bodies, their sense of self---is not balanced enough and acne is their body's way of surfacing that fight.

But, my stopping DKR this year came at a time when I was frustrated with the dryness of the Regimen and admittedly, not following it properly anyway after a time (only using BP once a day, not using jojoba oil anymore with moisturizer, not washing my face in the morning, using too much AHA) So, as you can see, I was not even really using The Regimen, but had sort of made my own "regimen", lol. Well, surprise, surprise, right? My skin began breaking out more and more and I started getting drier and drier when I put too much BP on in sudden frustration.

So, I stopped DKR after reading a particular natural skincare site and its suggestions and thought, "maybe this is something that I can do?" So I did the Oil Cleansing Method with Jojoba Oil, Honey Masks every morning, and Aloe to moisturize. This shift didn't "cause" my acne to worsen, but I will say that my acne worsened to the worst cystic acne it had ever been. I kept at this new approach for about 2 months and despite what some wanted to call a Herxheimer Effect (healing crisis: things get worse before they get better) I simply had to stop. My acne was literally spreading down my neck, into my hairline---all as the most painful, large pustules ever. My face was literally swollen and even my hair brushing across it caused me to feel like it was on fire, it hurt that much. I personally don't think this is the way to go, aka: just ride out the wave and "it'll get better on its own". I'll be lucky if I get out of this breakout unscathed with massive scarring.

And I'm not a big make-up girl, so wearing cover-up, concealer, foundation, etc is not really an option in my mind...

So here we are. In about March 2013, nearly 3 months after attempting the natural skincare approach and only being left with The Worst Cystic Acne of My Life, I started the Regimen again---those are my pics where I'm wearing the yellow sweater here. I don't think it really illustrates how bad it was even in those pics. So I'm starting from scratch, reading the site and Dan's guidelines with an eye as if I'd never read it before so that I wouldn't mess it up.

I am now on week 12 officially and can say with a bit of nervous excitement that my skin is *finally* starting to heal. No more massive cysts, at least. Oh, but the hyperpigmentation is absolutely awful. So embarrassing. I'm still breaking out and the flakiness and dryness is itch-tastic but I'm no longer in pain and I honestly think it's going to get better slowly but surely....

Next post I'll discuss the current state of my skin here at week 12 and what I'm using/doing exactly to follow the Regimen better this time to 'make it work.'

Also, on an endnote, I have nevereverever talked about my skin issues via a blog or forum, and it hit me the other day how isolated I was feeling about my struggle and progress---and how much I think I need to hear back from people about where they think my skin might be as I share the latest photos or updates. I appreciate your thoughts and input, thanks for reading this!