Hey, thanks for clicking on my blog.

So I won't waste time. I'm Emily. I'm a 17-year-old girl from Southern California. I've had acne since I was 11, but it wasn't very bad until I was 14 or 15. Since then, it's been a downward spiral. I've tried everything from the drugstore. All sorts of salycilic acid products and some benzoyl peroxide products. Nothing was really working.

In the meantime, I was shoving makeup down my pores. I was washing my face every morning and evening, and I applied my makeup in as hygenic a manner as I could, but I didn't know that the stuff I was using was breaking me out.

So, this summer, I decided to whip my skin into shape as best I could. I stopped wearing face makeup--and when I did wear some, it was only a bit of mineral makeup or powder--and, as this website has shown me, started being gentle with my skin. The first three pictures below (when I'm wearing gray) are from about a month ago, when I first started using Neutrogena All-In-One products and stopped with the makeup. The next three (when I'm in the green) were taken today.

A few days ago, I went to my family doctor and finally got a prescription for my acne. She prescribed a topical 5% benoyl peroxide and antibiotic treament. I can't remember its name because when we got to the pharmacy, we found out it was $300 for a little tube and my insurance won't cover it (it wouldn't cover my $200 inhaler, either). So we called back, and she prescribed me doxycycline instead.

Today will be my third day taking 100mg of doxycycline at night before bed.

Also, this is probably unrelated to the doxy, but I'm experiencing a breakout on the right side of my face near my jaw that wasn't there just earlier yesterday. It sucks because, with just reducing my makeup and changing face washes/treatment, I had gotten down to having only one active spot.

So, I'll be posting here what goes on with my face. If the doxycycline ends up not doing anything, and some of the other prescriptions don't do anything, I'm considering starting The Regimen from this site.

Also, I may catalogue some of my stress levels as I begin my senior year of high school. I'm sure I'll end up with a few stress-related breakouts at some point. Like when I realize I have two weeks to read eight substantial books for AP English before school starts. 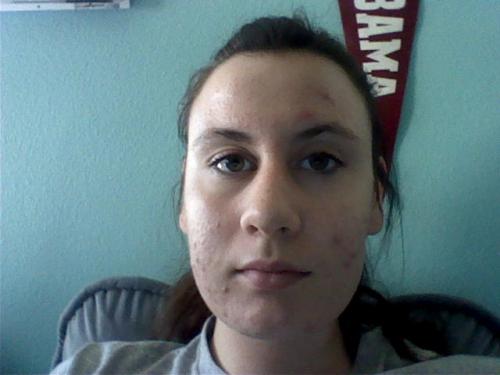 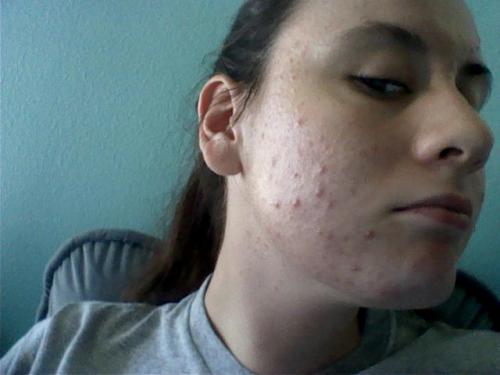 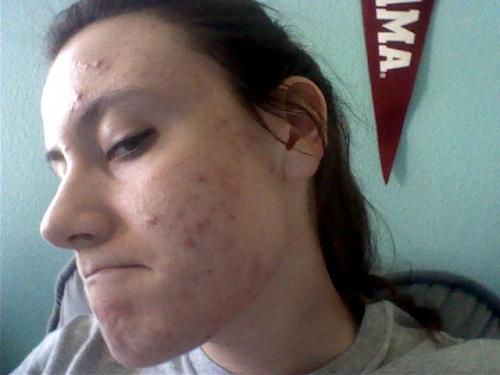 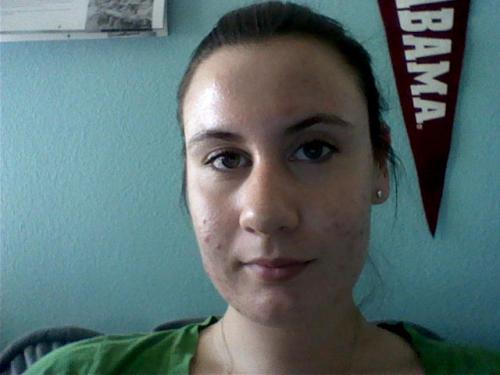 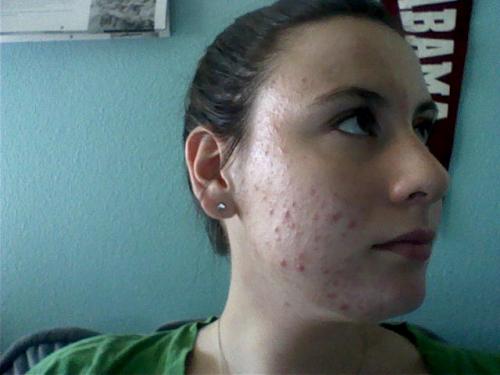 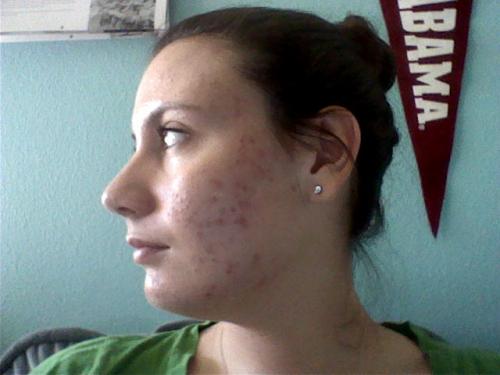 Wow those are fat pictures.