I have destroyed my glabella spot. I know I shouldn't squeeze but it was teasing me. Every time I looked cock-eyed I could see it, sitting there all smug and morbidly obese with pus and whatever other ingredients are in a spot (I guess like all things it 'may contain nuts') I popped it with two cotton-tips and a lot of greenish pus spurted out followed by some blood (don't worry, it's only natural to feel aroused by this) but the blood wouldn't stop!! I've smacked a cold, damp cotton pad onto my forehead in an attempt to stop the bleeding and stop it going all red and swollen. It looks like a priest has thrown a communion wafer at my face. The worst part was that I forgot it was there after a while and answered the door to my brother coming home, only for there to be a huge house party in the house opposite to mine. It didn't help that a newly-installed lamp post acted as a spotlight which reflected off of my makeshift plaster (which had by now slid down onto my nose) and gave viewers a HD, stage-effect to my chic look.

Dermatology appointment tomorrow to review my progress and the doc said she would be upping my dose to 35mg if my blood results are alright. Was gonna have a walk around town afterwards but if the grave of the glabella spot hasn't healed over I'll be tempted to come straight home because it will just aggravate me all day. They're the worst spots, painful ones, because you're constantly reminded that they're there and it's near impossible to just forget about it and carry on with daily tasks as usual.

Gonna watch that Origins of Us tonight on BBC2 because I'm into all that stuff. Also, there's nothing else on. Well there's that mummy thing, that's the Egyptian mummy, not relative mummy. There's Doc Martin too, but I've went off it now...can you tell I've got nothing else to write? Yes. Well...WANNA SEE MY DOG IN A BARELL?! 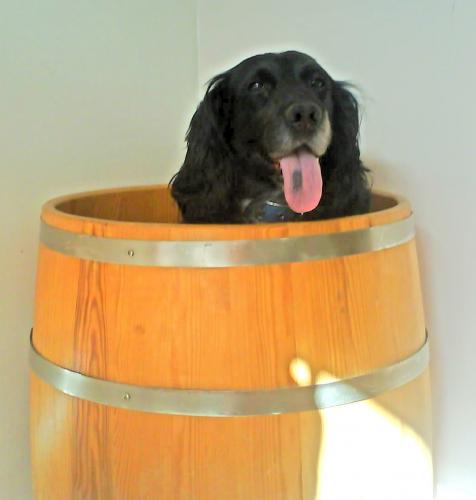